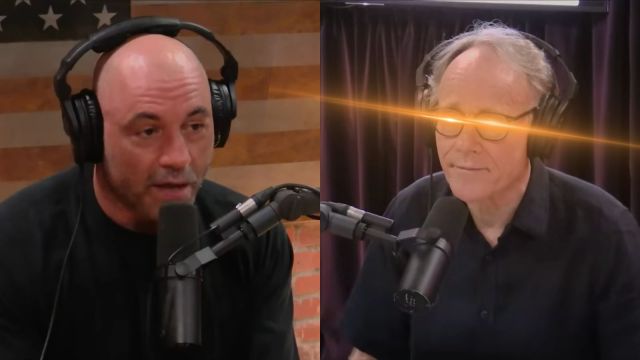 One of the first internet memes about conspiracy theories was about ancient aliens potentially being involved in the creation of massive landmarks the world over. Netflix, somehow just waking up to this, has leaned into pseudoscience for their new hit documentary.

Ancient Apocalypse sees pseudoscientist and frequent guest on the Joe Rogan Experience Graham Hancock explore the world attempting to uncover potential lost civilizations he deems to have been far too advanced. Hancock believes in a an ice age civilization which was destroyed in an apocalyptic event, explaining apparently unexplainable feats of human engineering and early culture.

Essentially, he believes in Eternals-like figures potentially aiding civilization which have apparently gone completely unnoticed apart from by him. The pseudoarcheology-heavy Netflix original has debuted in their top ten, sitting at seventh spot ahead of comic book adaptation Warrior Nun and Zoe Saldana’s From Scratch.

With over 24 million hours viewed in its opening week, it’s proven there’s a serious appetite for documentaries based in almost no reality or peer-reviewed research. Welcome to Netflix, conspiracy documentaries. You’ll get on very well with the true crime dramatizations.

The series is hard to not compare to the History Channel’s many ancient aliens-related theories, and just like those, is getting scorned by real archaeologists. Overwhelmingly, Hancock’s claims have been refuted by those in the field, with many criticizing Netflix for not having anyone to challenge his claims.

To add further controversy to the fire, Hancock’s son is the head of unscripted content at Netflix. But it’s definitely not nepotism, and is certainly just a stroke of luck his son was able to play a part in him getting a platform. Ancient Apocalypse is available ot stream now, but we advise healthy skepticism.