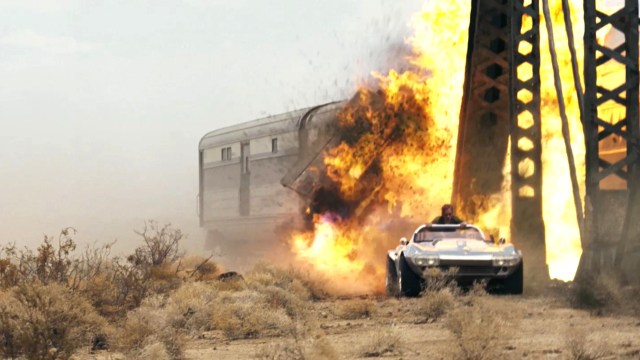 Taste is entirely subjective, but when it comes to something as broad as trying to name the best action epics of the 21st Century, more often than not there’s a huge amount of agreement as the field begins to whittle down towards its upper echelons.

At least, that’s supposed to be the case, but looking at how over 500 commenters have decided to weigh in on a Reddit with their negative opinions towards a post that shared IndieWire’s rundown of the 21st Century’s 50 finest ass-kickers, it’s clear that many genre junkies have been left scratching their heads as to how the list was compiled.

Several of the highest-rated and top-voted comments underline the confusion, with “the most random list I’ve ever seen”, “this list is all over the place”, “too random”, “incredibly dumb”, and plenty other winning soundbites being weaponized to bash what was intended to be a definitive countdown of cinema’s finest explosive adventures since the turn of the millennium.

For what it’s worth, the Top 10 consists of (in descending order) No Time to Die, Fast Five, Train to Busan, The Dark Knight, The Bourne Ultimatum, John Wick: Chapter 2, Mission: Impossible – Fallout, both halves of Quentin Tarantino’s Kill Bill, The Raid, and Crouching Tiger, Hidden Dragon, with Mad Max: Fury Road in the number one spot.

While that’s not the worst ranking we’ve ever heard, it’s the controversies further down the list that have ignited furor, most notably the titles to have been omitted in favor of flicks that didn’t exactly find themselves showered in critical or audience acclaim.