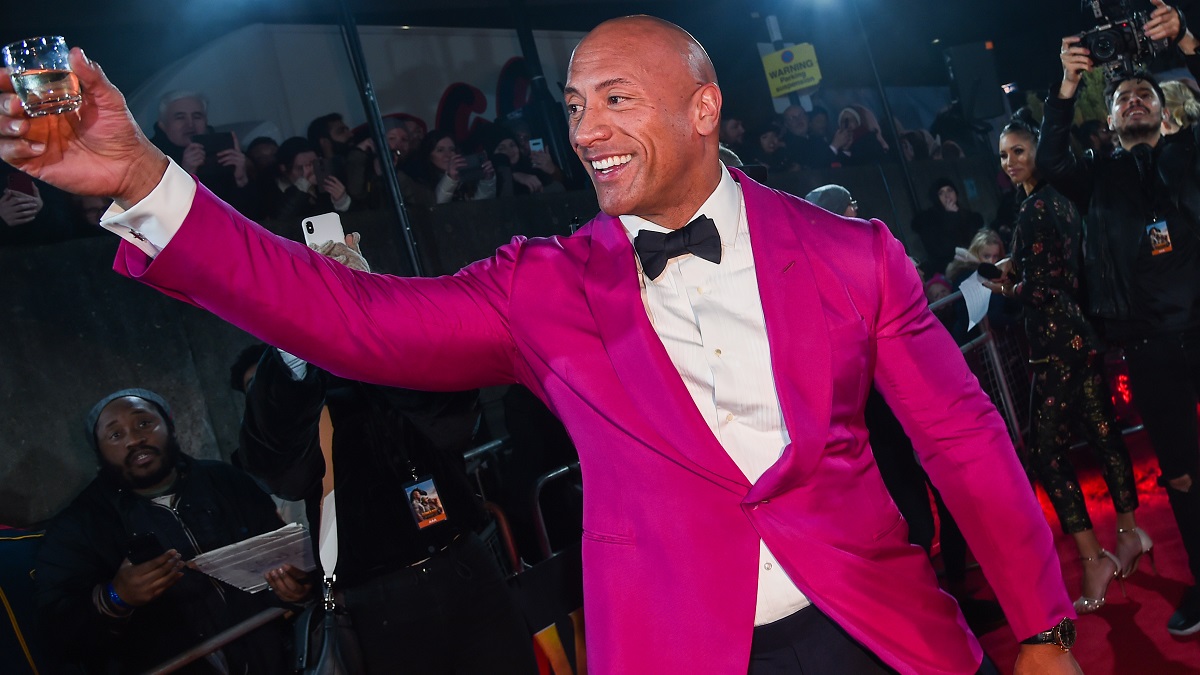 LONDON, ENGLAND - DECEMBER 05: Dwayne Johnson at the UK Premiere of JUMANJI: THE NEXT LEVEL at Odeon IMAX Waterloo on December 05, 2019 in London, England. (Photo by Eamonn M. McCormack/Getty Images for Sony)

You can’t fault Dwayne Johnson for sticking to what he knows, when headlining a succession of crowd-pleasing blockbusters that cost at least $100 million apiece and require him to do nothing but stick to the onscreen persona he’s so carefully curated over the years, one that turned him into the biggest movie star on the planet.

However, one of the drawbacks is that he’s gotten so comfortable in his specific wheelhouse that the chances of him venturing outside of grow increasingly slim. Sure, he’s got Black Adam coming this summer to dip his toes into superhero waters for the first time, but it’s still a mega budget studio-backed effort with a PG-13 rating.

In fact, you’d have to go back to Michael Bay’s 2013 black comedy crime caper Pain & Gain to find Johnson’s last R-rated vehicle, and if you include his current and upcoming slate, he’s lent his talents to over 20 projects since then. Before that, there was George Tillman Jr.’s brutal Faster, which has become something of a cult favorite among The Rock’s fanbase.

It’s lean, mean, and bad to the bone, with Johnson’s Driver getting out of prison and immediately heading on a rampage of revenge to take out the people responsible for his brother’s murder. That’s Faster in a nutshell, with the narrative carrying so little fat that it doesn’t even bother to name the majority of the characters beyond their function in the plot.

Netflix subscribers are clearly loving Faster this weekend, though, because it’s right on the cusp of the global Top 10 most-watched list. As per FlixPatrol, it currently sits in fifteenth place, after becoming one of the ten most-watched movies in sixteen countries.