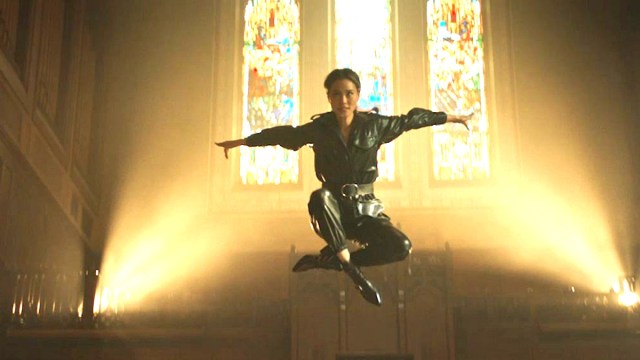 When you think of movies that end up being banned or outlawed by certain nations, your mind instantly wanders to controversial or incendiary titles that cause widespread offense, or those that feature elements that don’t jive with the politics of the country in question. What you wouldn’t expect to cause an international incident, though, is a panned Pierce Brosnan heist thriller. And yet, that’s exactly what happened with The Misfits.

The film made several negative references to Qatar in its screenplay, as well as explicitly referring to the Muslim Brotherhood as terrorists. Naturally, that didn’t go down well with the local regime, especially when The Misfits was co-financed by a company based in the United Arab Emirates, who’ve been accused of anti-Qatari media bias dating back years.

A remarkably poor genre film that topped out at a meager 17 percent on Rotten Tomatoes before landing Razzie nominations for Worst Director, Worst Supporting Actor, and Worst Screenplay causing an uproar on the other side of the world is bonkers when you think about it, especially when it wound up flopping spectacularly at the box office after earning an embarrassing $1.6 million on a $15 million budget.

Broad genre capers can always be leaned upon to find new life on streaming, though, with The Misfits emerging from the wilderness to state its case for a resurgence on iTunes. Per FlixPatrol, the tale of the titular thieves attempting to loot a stash of gold bars hidden beneath an impenetrable prison has scored multiple Top 10 finishes around the world, so perhaps it’s finally being forgiven for its sins.