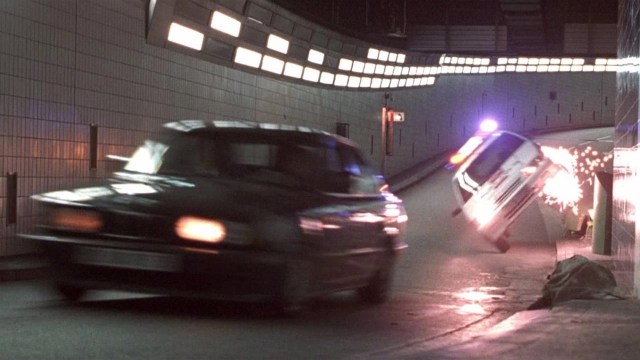 No discussion of the best vehicular chases to have ever been committed to film is complete without at least one mention of Ronin, with director John Frankenheimer going out of his way to eschew CGI and visual effects in favor of old-fashioned tangible carnage.

As a result, the high-speed action thriller has retained its position as a beloved favorite among genre aficionados, even if it turned out to be a huge box office disappointment during its initial theatrical release in the fall of 1998, where it could only rustle up $70 million on a $55 million budget.

Given its reputation as a standout slice of high-octane escapism, which hailed from an esteemed filmmaker and boasted a stacked ensemble that included Robert De Niro, Sean Bean, Jean Reno, Natascha McElhone, Jonathan Pryce, and Stellan Skarsgård to name but a small few, it’s mind-boggling that not a lot of people were all that interested in seeing Ronin on the big screen.

Luckily, streaming has seen countless unsung gems and unabashed classics roar back into life on-demand, and we can now add the cross-continental adventure that follows a crack team mounting a daring heist to snag a mysterious MacGuffin to that list, with FlixPatrol naming Ronin as one of the most-watched title on the iTunes global charts.

Nobody trusts each other, but they’re all seeking the same goal, with Frankenheimer and his team peppering the crunching chaos and eardrum-pounding set pieces with plenty of intrigue, all ably backed by a succession of powerhouse performances.