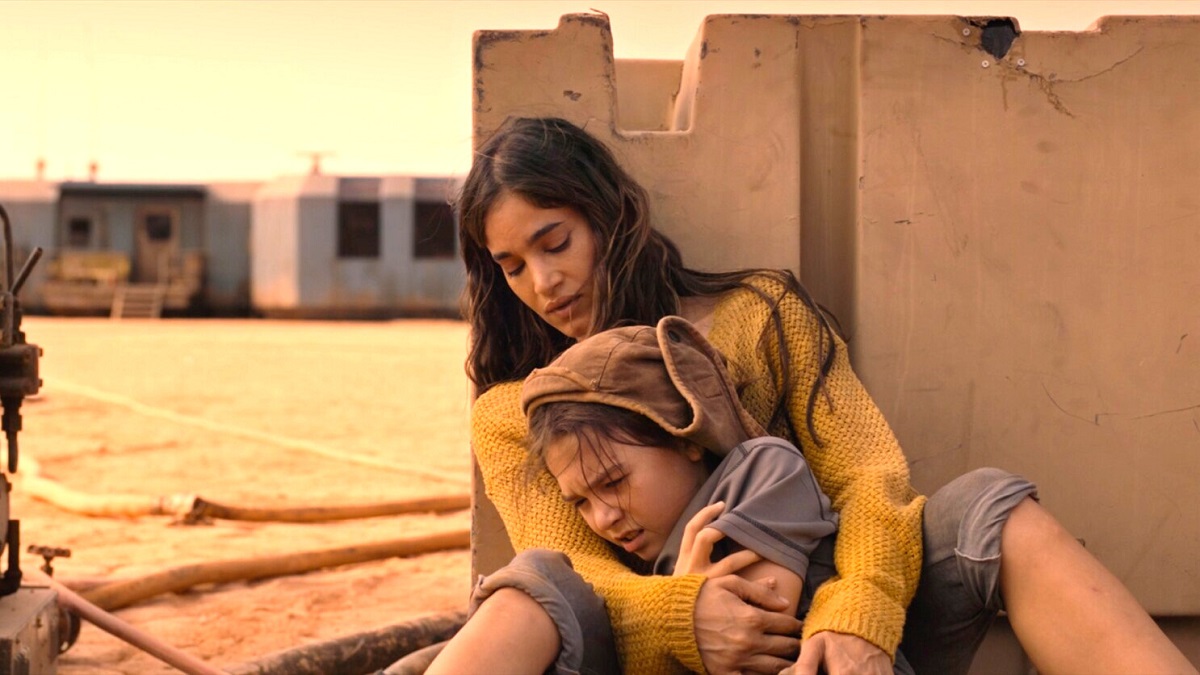 Not every sci-fi movie has to be packed with wall-to-wall action sequences, dazzling visual effects, and fantastical civilizations in order to succeed, nor are they obligated to deliver laughs or levity to any great degree, but that didn’t prevent the single biggest flaw oof last year’s Settlers from being the relentlessly sombre and self-serious tone.

That’s not to say it isn’t an ambitious effort on the part of writer and director Wyatt Rockefeller, who does a stellar job in crafting an atmosphere that stands out among the crowd, to tell a timely sociopolitical parable under the guise of a broad genre piece. However, the downside is that it often feels like a short film that’s been unnecessarily dragged out to feature length, and there isn’t enough beneath the surface to sustain and maintain interest for the full 103-minute duration.

A family of refugees leave Earth to start a new life on the outskirts of Martian colonies, but things take an instant turn for the worst when rogue bandits appear on the horizon. Unfolding over a number of years, the story traces youngster Remmy as she grows up in the harsh intergalactic wilderness, trying to escape a life she never asked for in order to forge a new one of her own.

It’s a decent setup, but a 54 percent Rotten Tomatoes score and 34 percent user rating paints the picture of a missed opportunity. That being said, Settlers has been gaining traction on streaming across the weekend, with FlixPatrol revealing that it’s hovering just outside of the Amazon Top 20, and it could keep climbing in the days to come.