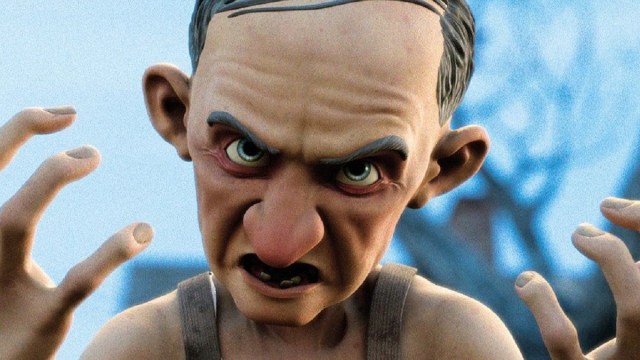 It might sound a touch wide of the mark to describe a movie that drew warm reviews from critics, turned a tidy profit at the box office, and found itself nominated for the Best Animated Feature Academy Award as underrated, but Monster House arguably doesn’t get anywhere near the credit it deserves for putting a sly, smart, and spirited spin on family-friendly horror.

Even if you haven’t had the pleasure of checking it out, then you won’t be surprised to discover the title is very much meant to be taken literally. Three youngsters discover that a home on their street contains unspeakable evil and terrifying creatures, but there’s not an adult to be found who takes them seriously.

As a result, the intrepid trio foist it upon themselves to destroy the titular abode before Halloween, when countless unwitting trick-or-treaters will be facing certain doom if they rock up to the front door. Thanks to some dynamic direction from Gil Kenan in his feature-length debut, a fun-filled series of action beats, sharp writing, and enthusiastic voice acting, Monster House‘s reputation only continues to be enhanced over time.

That’s becoming increasingly true this week, with FlixPatrol revealing the cult favorite as having started a steady ascent up the iTunes most-watched charts. Monster House may have only earned $141 million at the box office, but a Certified Fresh score on Rotten Tomatoes and enduring popularity as an annual rewatch right around the spookiest time of year has ensured that it’ll continue to keep gathering new fans for generations to come.