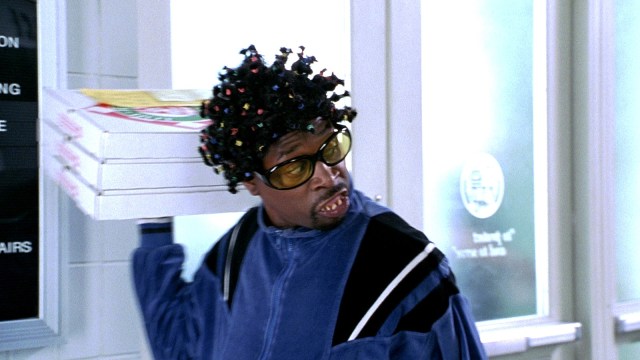 Martin Lawrence’s film career has been somewhat unfairly tarred with the brush that he isn’t Will Smith. The two sitcom favorites became movie stars in an instant when Michael Bay’s Bad Boys exploded onto the scene in the summer of 1995, but Lawrence will always be viewed as the least successful of the two, even if there’s no shame in that when Smith is one of the modern era’s biggest names.

That’s not to say everything outside of the buddy cop franchise has been a total bust, with Lawrence having found commercial joy with Wild Hogs and the Big Momma’s House franchise, even if critics were left suitably unimpressed. What often gets overlooked, though, is the surprising levels of triumph attained by 1999’s Blue Streak.

Sure, a 36 percent Rotten Tomatoes score isn’t great, but a 64 percent user rating makes it one of the most popular non-Bad Boys Lawrence vehicles on the aggregation site. It also scooped up a sterling $117 million at the box office on a $36 million budget, spawned a soundtrack album that was certified platinum, and has even been remade twice in two different languages through Telugu’s Blade Babji and Tamil’s Kasethan Kadavulada.

A sequel was even announced, but after it fell apart, the project was reworked into Chris Rock’s colossal bomb Bad Company instead, so Lawrence ended up dodging a bullet. The story of a thief emerging from a two-year prison stretch to find his stashed diamond is now buried under a police station before blagging his way into a job is a neat concept, one that’s proven popular enough to land a spot on the HBO Max Top 10 most-watched list in the United States, as per FlixPatrol.