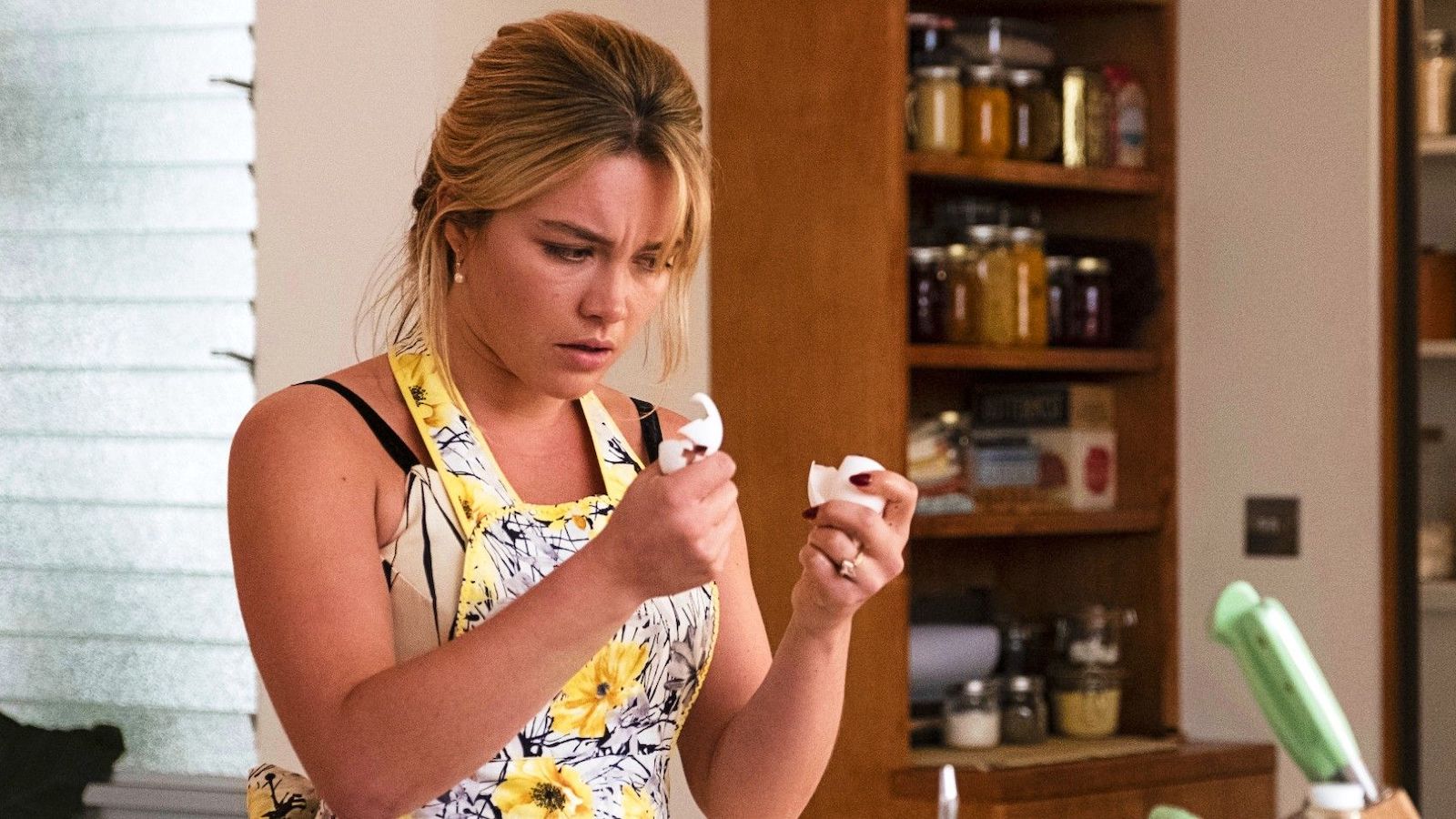 Maybe the most tragic thing about continuing Don’t Worry Darling drama is that despite the world’s rapt attention, the box office estimates are not great.

Vulture recently did a deep dive on the movie, its rollout and its prospects and surprise, nothing looks good. In fact, another movie coming out next week is out-trending DWD. Typically, a movie’s presages will tick upward as it gets closer to release. That wasn’t the case with Don’t Worry Darling, as ticket sales leveled off.

Paramount’s scary supernatural movie Smile, which doesn’t even open until September 30, pulled ahead of Don’t Worry Darling in the critical box-office “unaided awareness” metric. Smile scored a 13 versus 12 for Don’t Worry Darling, which isn’t great for its chances.

There’s a lot of other issues at play as well, including the fact that star Chris Pine cancelled an appearance on Jimmy Kimmel Live! earlier this week. He also didn’t attend the movie’s premiere in New York – just like his costar Florence Pugh.

Smile is based on a short film called Laura Hasn’t Slept, and it stars Sosie Bacon and Jessie T. Usher, two actors who do not have nearly the name recognition that the stars of Don’t Worry Darling has in its cast. The plot involves a doctor who witnesses a traumatic accident and starts seeing terrible things everywhere. It looks kind of awesome. Check out the trailer below: