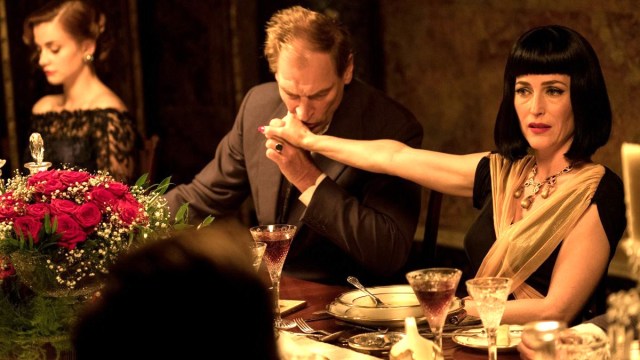 The term “made-for-TV movie” still bears some negative connotations, especially when the myriad of streaming services on offer are regularly throwing up Academy Award contenders and $200 million blockbusters. As a result, Crooked House was lost in the shuffle when it debuted to little fanfare back in 2017.

However, the murder mystery should have caught more attention than it did, based on the strength of the source material and the stacked cast that were assembled to bring it to life. Looking at the ensemble, had Gilles Paquet-Brenner’s brisk tale of double-crossing and deceit arrived a couple of years later, it would have made a sterling streaming original from one of the major players.

That’s a whole lot of talent gathered together for a thoroughly average tale that follows a private investigator assisting his ex-lover in unraveling the murder of her exceedingly rich grandfather, who resided in an estate populated by his odd and eccentric kin. There are definitely shades of Knives Out, then, which may explain why Crooked House has suddenly experienced a huge uptick in popularity on iTunes over the weekend, as per FlixPatrol.

It isn’t the most exciting Christie adaptation, but it delivers an old-fashioned chamber piece, which is clearly what people wanted to see.