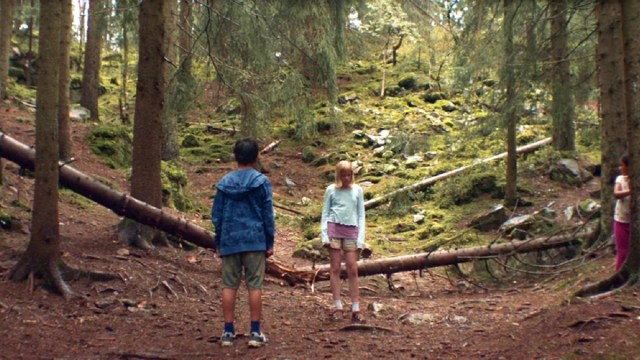 There’s no rule that says superhero stories need to be fast-paced, fun-filled, and candy-colored tales of costumed crimefighters, and you get the feeling that even prominent enemy of the Marvel Cinematic Universe Martin Scorsese would have gotten a kick out of last year’s The Innocents.

While not strictly operating within the parameters of superhero cinema, the story does revolve around a group of children who come into the possession of hidden abilities that most certainly aren’t human, even if writer and director Eskil Vogt opts to take things down increasingly dark and chilling alleys, to the extent the film is bordering on horror by the time the credits roll.

The Innocents follows four kids who decide to mess around with their newfound powers while free from the watchful eyes of their parents during the summer break from school, but it doesn’t take long before things begin to become unsettling to the point of outright terrifying, something anyone with experience dealing in unsupervised youths should know full well, except this time they’ve got the capabilities to cause untold devastation.

A parable on morality, mortality, the loss of innocence, and the circumstantial banality of evil all at once, it’s easy to see why critics raved about The Innocents, leading to a Certified Fresh Rotten Tomatoes score of 97 percent. It’s been stalking the streaming charts this weekend, too, with Prime Video customers being hooked by its unique and unnerving charms.

As per FlixPatrol, The Innocents has been making moves on the platform’s global most-watched list, no doubt leaving viewers feeling uneasy by the time the credits come up.