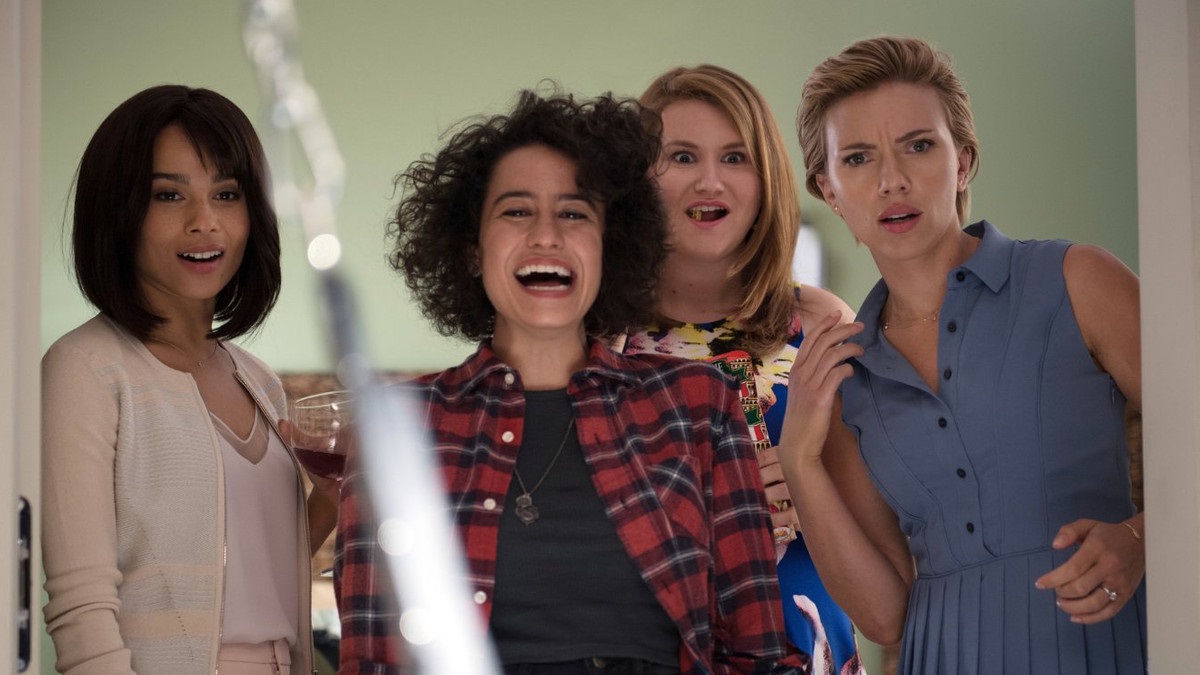 For the most part, any Hollywood studio comedy that comes bearing a decent-sized budget and plenty of star power tends to be a hollow tale of fun, frolics, and famous faces having the time of their lives, throwing caution to the wind and tossing out plenty of foul-mouthed improvisation.

While Rough Night certainly fits that remit in more ways than one, the movie is a whole lot darker than many people were expecting given the upbeat trailers and presence of Scarlet Johansson, Gillian Bell, Kate McKinnon, Zoë Kravitz, Demi Moore, Eric André, Hasan Minhaj, Bo Burnham, and others among the hugely talented ensemble.

Johansson headlines as a rising politician that just got engaged, who seeks to enjoy one final weekend of freedom before locking herself into her personal and professional commitments for good. Gathering her college buddies for a crazy trip to Miami, panic ensues when their hard-partying ways result in the death of a male stripper.

Immediately seeking to enact a cover up, the central group realize that they’ve grown far too distant over the years, and it turns out that what they needed to draw them closer than ever before was their desperate desire to ensure none of them get convicted for murder. Rough Night needed to walk a tonal tightrope to put it lightly, but it ended up slipping over and over again.

A 45% Rotten Tomatoes score and 29% user rating was weak, and less than $50 million at the box office on a $26 million budget wasn’t great, either. It was a missed opportunity given the cast and the concept, but that hasn’t prevented Rough Night from becoming one of Netflix’s top titles this week, as per FlixPatrol.