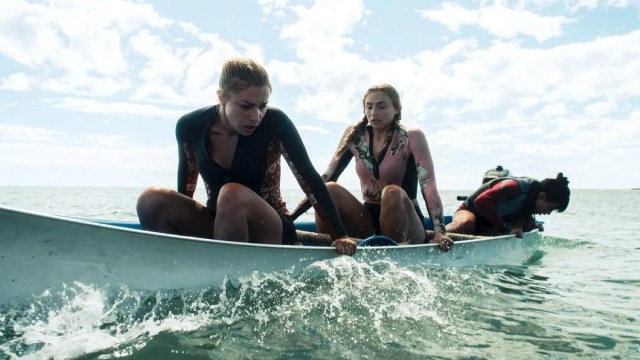 Horror sequels are one of the toughest cinematic feats to pull off with any great degree of consistency, with the majority of them simply rehashing the same concept over and over again until the tank runs out of gas and audiences lose interest. While that’s true to an extent when it comes to The Reef: Stalked, the surprise second chapter was much better than it had any right to be.

Writer and director Andrew Traucki’s 2010 original was a robust shark attack story that drew a stellar 80 percent score on Rotten Tomatoes, and is held up by supporters of the subgenre as one of the 21st Century’s best examples of attractive people fleeing for their lives as a ravenous aquatic predator gives chase.

A dozen years later, and Stalked slinked onto the scene to little fanfare. Even though it wasn’t a patch on its predecessor, the critical consensus still deemed it worthy of a 68 rating on RT, a very good number for a horror sequel that arrived a dozen years after the original. The Reef 2 only released at the end of July, but it’s already been swimming up the streaming charts all over again.

As per FlixPatrol, Traucki’s return to the water can currently be found as a Top 10 hit on iTunes in multiple countries all over the world, with subscribers being bitten by the bug to watch innocent victims try and survive a kayaking adventure on the Pacific ocean that goes horribly, horribly wrong. It’s no Jaws, but it isn’t Jaws 2, either.