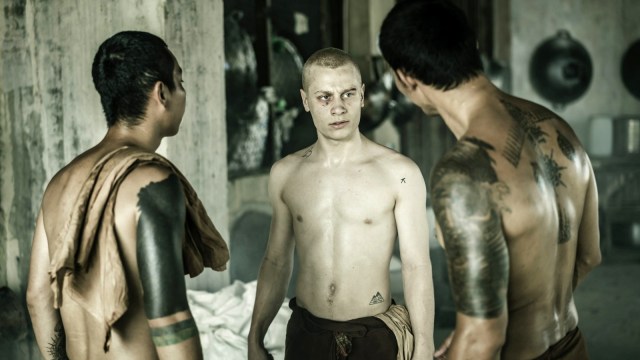 “Inspired by a true story” crime thrillers are always capable of drawing in a decent-sized crowd if the material is handled with respect, verve, and no shortage of style, but 2020’s Target Number One (released as the much more generic Most Wanted in the United States) ended up flying too far under the radar for anyone to notice.

As far as real-life events go, the story falls into the “so incredible it almost sounds made up” camp, but writer and director Daniel Roby nonetheless manages to do it justice, with the 1980s-set combination of drama and thriller ironically feeling as though it was plucked from the mustachioed glory years of the decade prior.

Antoine Olivier Pilon headlines as Canadian former heroin addict Daniel Léger, who ends up being sentenced to 100 years in a Thai prison after getting caught up in a drug deal gone wrong. While serving the beginning of his very long stretch, news of his conviction travels all the way back home to Josh Hartnett’s investigative reporter Victor Malarek, who decides to take it upon himself to uncover why Léger was locked up.

Naturally, it doesn’t take long for Malarek to unearth a conspiracy and cover-up involving corrupt cops, but he too ends up in the crosshairs when he begins to put the pieces together. It’s an engrossing tale, one that Netflix viewers around the world have found themselves drawn to.

As per FlixPatrol, Target Number One has been enjoying a cup of coffee on the platform’s most-watched rankings this weekend, and it’s worthy addition to a genre that’s become as overpopulated as the prison Léger found himself in.