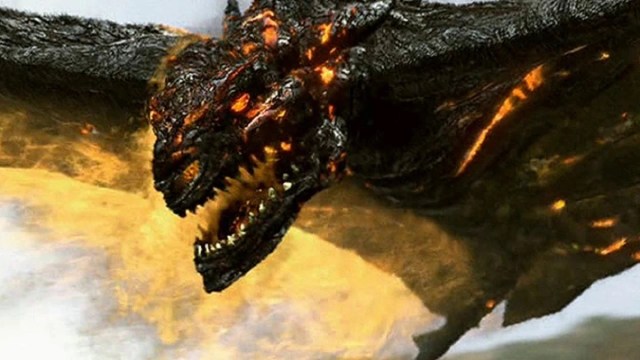 Unless you’ve been living under a rock for the last little while, or avoiding any and all forms of entertainment and/or media that’s beamed directly into your eyes, then you’ll be fully aware that a little series called House of the Dragon debuted last night on HBO. Suspiciously enough, the very familiar-sounding fantasy feature Fire and Ice: The Dragon Chronicles has made a huge splash on Warner Bros. Discovery’s in-house streaming service at exactly the same time.

As per FlixPatrol, the made-for-TV movie that originally premiered on Syfy and suffered the misfortune of being directed by Pitof (the brains behind Halle Berry’s pitiful Catwoman) has become the fifth most-watched title on the platform’s global viewership rankings, by way of instantly landing on the Top 10 most-watched list in 20 countries.

Joss Whedon regular and all-round fantasy veteran Amy Acker headlines the ensemble cast as Princess Luisa, who sits next in line to the throne for the kingdom of Carpia. Funnily enough, it’s a fantastical real where dragons and people exist in some degree of tenuous harmony, at least until her father King Augustin (played by The Mummy‘s Arnold Vosloo) dies, causing a fire-breathing flying lizard to wreak havoc against both the locals, and its resident protector, who is of course an ice dragon.

The Dragon Chronicles delivers pretty much exactly what you’d expect from a Syfy original that initially aired almost 15 years ago, but we’d be led to believe that the one and only reason it’s managed to become one of the biggest hits on a major streaming service is entirely down to the House of the Dragon effect, because the two projects bear so many superficial similarities that there’s no way it’s a coincidence.