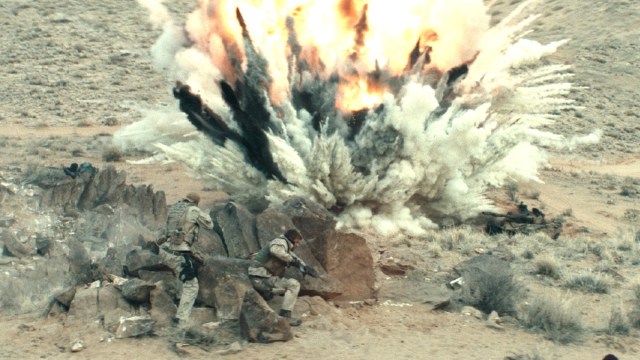 Chris Hemsworth is likely going to spend the entirety of his career being best-known as the Marvel Cinematic Universe’s Thor, but that doesn’t mean there aren’t plenty of additional strings to his bow. Unfortunately, the actor has a habit of starring in critical or commercial duds outside of his superhero comfort zone, with 12 Strong occupying the middle ground.

Nicolai Fuglsig’s stirring true-life tale landed a middle-of-the-road Rotten Tomatoes score of 50 percent, while it just about recouped the $35 million production budget twice over during its theatrical run after bringing in a shade over $70 million, two statistics that only serve to underline the sense of uninspiring mediocrity that dogged the film everywhere it went.

However, 12 Strong has been positively tearing it up on streaming this week, having risen up the ranks to find itself as third most-watched title among Netflix subscribers in the United States, as per FlixPatrol. There’s nothing inherently wrong with the wartime action drama, but it doesn’t possess a great deal of elements that elevate it above formulaic, either.

Hemsworth headlines the cast as Mitch Nelson, who leads a Special Forces team into Afghanistan on a potentially perilous covert operation in the aftermath of 9/11. The squad ends up outmatched, outgunned, and outnumbered during a battle against enemy forces, leaving the odds stacked entirely against them.

12 Strong is exactly the sort of by-the-numbers combination of style and spectacle that tends to play well on streaming, so the only real question is whether or not it can rise any higher than third spot through the remainder of the week.