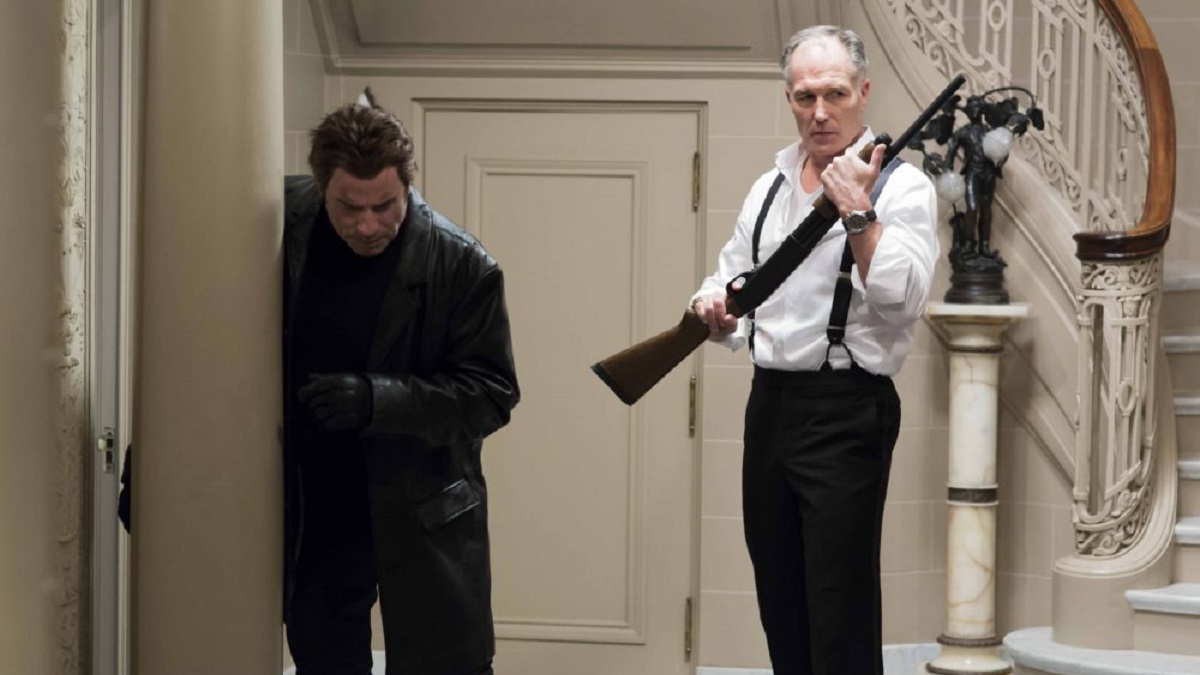 Had the movie arrived somewhere between the late 1980s and the mid-1990s, then there’s every chance I Am Wrath would have found an audience. Instead, the old school action thriller attempted to coast by on the former glories of its star and director, failing resolutely to provide a modicum of entertainment.

Chuck Russell had helmed A Nightmare on Elm Street 3: Dream Warriors, The Blob, The Mask, and Arnold Schwarzenegger’s Eraser at the peak of his cultural powers, while John Travolta was a bankable box office draw for a spell in the wake of his post-Pulp Fiction renaissance. Sadly, their collaboration didn’t arrive until 2016, by which time everything about I Am Wrath was past its sell-by date.

Travolta plays a factory manager returning from a job interview, who gets the most unwanted of welcomes when his wife is murdered by thugs seeking a quick and easy score. The culprit is apprehended, but almost immediately released by corrupt cops. Of course, the leading man’s Stanley Hill coincidentally happens to be an ex-CIA operative, so he decides to take matters into his own hands and seek a brutally bespoke form of justice.

It’s ideal weekend fodder for genre fans, though, which might explain why I Am Wrath has suddenly become the 11th most-watched title on Paramount Plus per FlixPatrol, with less discerning subscribers checking it out in their numbers.

Travolta’s Face/Off co-star Nicolas Cage was originally supposed to star in the film under the direction of the legendary William Friedkin, but both of them dodged a bullet by missing out. I Am Wrath was slammed by critics, landing a meager 11% score on Rotten Tomatoes, and didn’t come close to recouping the $18 million budget in home video sales, having bypassed theaters almost entirely.