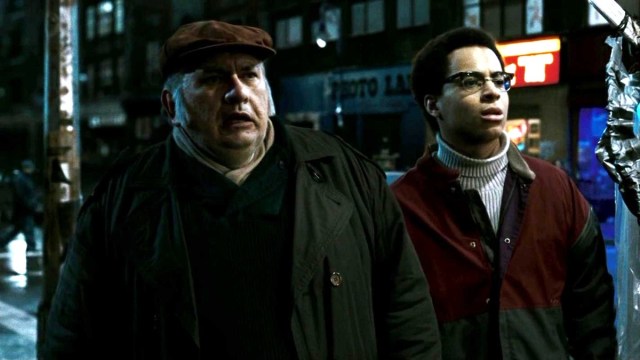 No less than 23 years elapsed between the rights to Alan Moore and Dave Gibbons’ seminal graphic novel Watchmen being optioned for a live-action adaptation, and the day Zack Snyder’s R-rated superhero spectacular landed in theaters. Between those two points, it looked for a long time as if the project would never escape development hell.

When it did, though, the responses and reactions covered almost the entire spectrum. A 65 percent Rotten Tomatoes score indicates that the majority of critics were receptive to Snyder’s recreation of the all-time classic comic book, but there were no shortage of detractors, either.

Watchmen was both celebrated and criticized for its slavish faithfulness to the source material depending on who you asked, while those who deemed it excessive, self-indulgent, and overlong at 163 minutes would have broken out into a cold sweat when they first heard about the 187-minute Director’s Cut or the 215-minute Ultimate Cut, both of which are admittedly superior to the theatrical edition.

Opening with a bang, Snyder’s first stab at superhero cinema kicks off with one of the best opening credits sequences of the modern era, which can also justifiably be deemed as one of the single finest scenes of the spandex-clad crimefighting genre when viewed in isolation. The only downside is that Watchmen never reaches those heights again.

The film still has plenty of vociferous supporters to this day, and many of them have been firing up Google Play Movies this weekend, at least looking on the current charts. As per FlixPatrol, Watchmen is being watched by subscribers all over the world, answering the burning question at the center of the story once and for all.