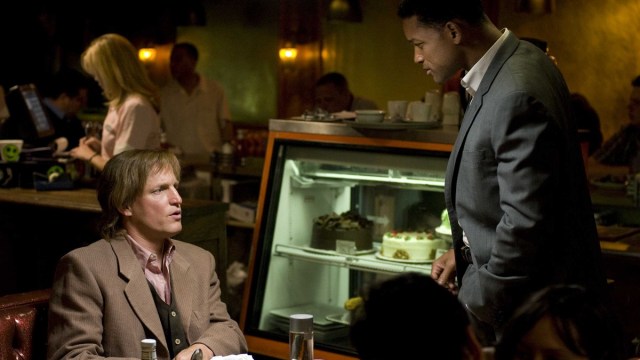 It might sound a touch harsh, but you can regularly spot a movie designed almost exclusively for the purpose of awards season recognition from a mile off. While every filmmaker sets out to make a film they hope will be lavished in praise and shiny trophies, transparent (and miserably failed) attempts don’t come much more blatant than Seven Pounds.

Gabriele Muccino and Will Smith had already struck gold with The Pursuit of Happyness, which brought in over $300 million at the box office and landed its leading man an Oscar nomination for Best Actor. Hoping lightning would strike twice, the director and star doubled down on aiming squarely for the heartstrings.

Smith’s Ben Thomas sets out on a quest for redemption, forking over literal pieces of himself to families in need of a donor. However, he’s got one of those pesky Dark and Troubled Pasts that awards season loves so much, forcing him to look inward in more ways than one as he attempts to reconcile with his own traumatic history.

Based on a 27 percent Rotten Tomatoes score, along with many reviews blasting Seven Pounds for being cynically targeted for Oscars glory, the mark was missed by quite a fair distance. It did earn close to $170 million from theaters, though, but the overwhelming sentiment is that the bungled prestige picture flirted far too dangerously with cloying overindulgence.

It has rebounded rather surprisingly on streaming, to be fair, with Seven Pounds pounding on the door of the worldwide watch-list on both iTunes and Rakuten per FlixPatrol, although you may need Smith to slap you in the face to stay awake to the end.