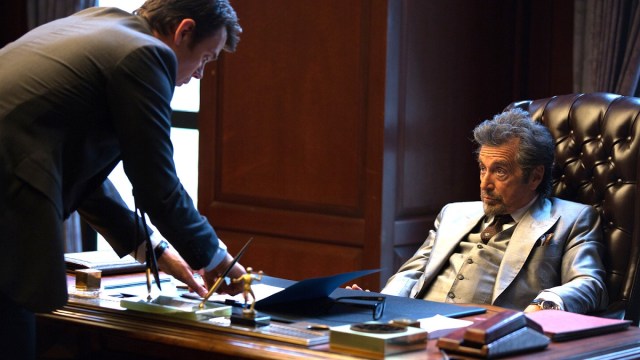 It’s arguably a lot more difficult to make a bad movie when there’s enough talent in the cast to elevate even the shakiest of material above mediocrity, but no amount of recognizable names and living legends could manage to polish the cinematic turd that was 2016’s Misconduct.

About as banal and uninteresting as its title, Shintaro Shimosawa’s directorial debut deservedly landed an objectionable seven percent score on Rotten Tomatoes. The user rating may have been over three times as high, but 22 percent is hardly a barometer of quality that you’d expect given the names on display.

Even if we ignore the presence of silver screen icons Anthony Hopkins and Al Pacino, who have a combined total of three Academy Award wins from 15 nominations between them, then Misconduct still manages to squander the likes of Josh Duhamel, Malin Akerman, Alice Eve, Julia Stiles, Lee Byung-hun, and Glen Powell.

It’s Duhamel who heads up the cast as an ambitious young lawyer who gets more than he bargained for when he opts to take on a major pharmaceutical outfit, only to wind up embroiled in blackmail, corruption, murder, and double-crossing. Critics held Misconduct in contempt at the time, and streaming users are poised to do the same once they’ve seen it, but it’s still making a solid case for itself on-demand.

As per FlixPatrol, the universally-panned and monotonously dull waste of time and talent has become one of the most-watched movies on the Prime Video global charts, even if the gavel should be brought down long before the credits come up.