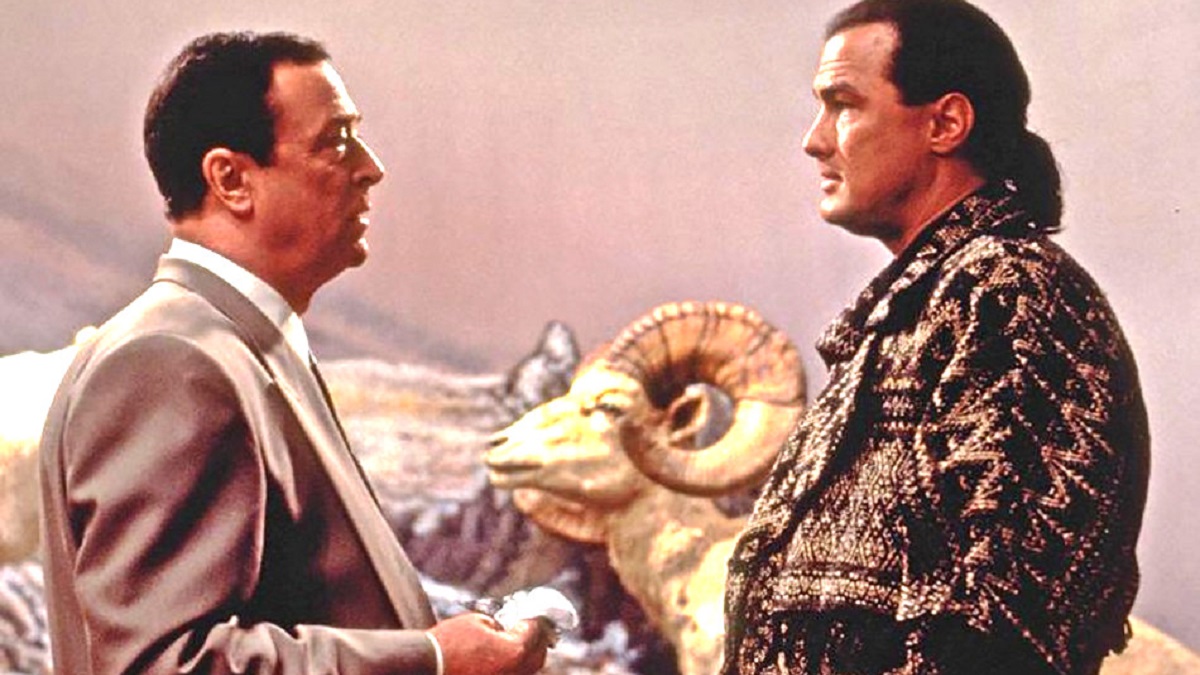 With two Academy Awards, three Golden Globes, and a BAFTA under his belt to go along with a myriad of acclaimed and iconic roles dating back over half a century, Michael Caine is unquestionably a living legend – and one of the greatest actors to ever appear on the silver screen. Of course, like many thespians, he isn’t above a paycheck gig when the occasion calls for it, but it’s a crying shame that he hates On Deadly Ground as much as fans love his performance in it.

The Steven Seagal vanity project was produced, directed, and headlined by the pony-tailed martial artist, and proved to be a decent-sized hit after hauling in $78 million at the box office. Caine blows everyone and everything offscreen with the greatest of ease as one of the hammiest and most over-the-top turns of his entire career; a thing of beauty so overblown it must be seen to be believed.

Sadly, the veteran star has admitted on several occasions to anyone who’ll listen that he regretted taking the role in the first place, and put it on the same infamous pedestal as Jaws: The Revenge by coming clean about his motivations for heading into the action genre being driven exclusively by financial gain.

That’s fair enough, but it doesn’t mean that his turn as ruthless oil tycoon Michael Jennings doesn’t live on as one of the single most underrated hammy baddies of the modern era. Sure enough, a Reddit thread showering praise on Caine’s tour-de-force has been blowing up online, and it remains as beloved as ever in spite of the fact everyone knows he detested Seagal, couldn’t care less about the film, and showed up to set each and every day thinking only of his swelling bank account.