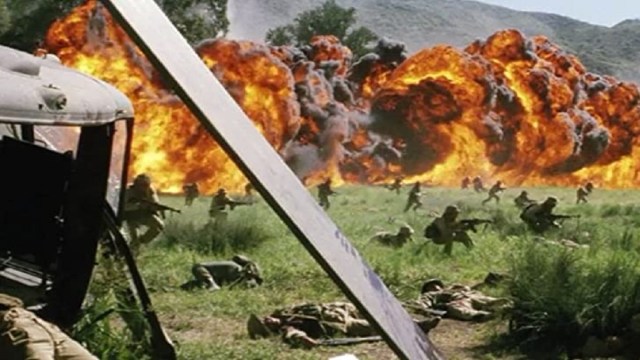 The best war movies always make a point of spending just as much time on the human cost as they do the eardrum-shattering battle sequences that hammer home the futility of conflict. We Were Soldiers may not be viewed as one of the genre’s all-time greats, but that doesn’t mean it doesn’t pack one hell of a punch on both fronts.

Braveheart writer Randall Wallace re-teamed with star Mel Gibson for the former’s second feature-length directorial effort, which told the story of the first major battle between the United States and local forces in Vietnam. Gibson’s Hal Moore leads his troops into the Battle of Ia Drang against overwhelming odds, making a promise that he’ll be both the first on and last off the battlefield.

The narrative also focuses on the wives of the men back home at their base, who form a connection and close bond over the nonstop panic that grips them while their husbands are away, creating an emotional juxtaposition between a string of high-powered action sequences that are often brutal in their visceral depictions of life on the front line.

20 years after earning a respectable $115 million at the box office and scoring an above-average Rotten Tomatoes rating of 64 percent, We Were Soldiers has been plunged back into the thick of the action on streaming. Per FlixPatrol, the often jaw-dropping blockbuster has surged to become one of the biggest hits on Paramount Plus heading into the weekend, with war epics once again proving immensely reliable performers on-demand.