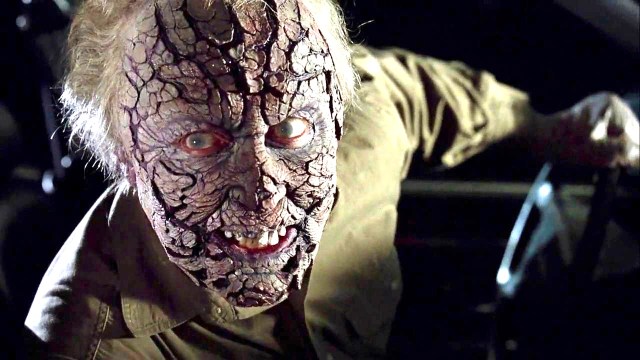 Even though he deservedly reigns as one of the most iconic voices in the history horror, success isn’t guaranteed every time Stephen King puts pen to paper, or when his work inevitably gets adapted for live-action. One major case in point in 1996’s Thinner, which is hellaciously strange, but not very good.

Based on the 1984 novel of the same name, Robert John Burke stars an obese lawyer who hits a woman with his car after being distracted by his wife. A member of the Romani community in a town where the group face widespread prejudice, the matter is swept under the rug by the authorities, but not before the unfortunate victim’s father places a curse on the hotshot attorney.

Suddenly, the large gentleman begins to lose his excess body mass at an alarming rate, but that’s far from the most worrying or sinister thing to befall him as Thinner takes a long run, dives off the reservation, and descends into the oxymoronic realm of banal insanity.

A 14 percent Rotten Tomatoes score and 27 percent user rating sums it up nicely, but at least the film managed to recap its $8 million budget almost twice over at the domestic box office. Over a quarter of a century after its initial release, Thinner has also made an unexpected streaming comeback, even if it comfortably ranks among the bottom tier of King flicks.

Per FlixPatrol, the bizarre tale has shed the extra poundage on the Google Play Movies global charts, where it’s no doubt planning to keep the weight off for the next few days.