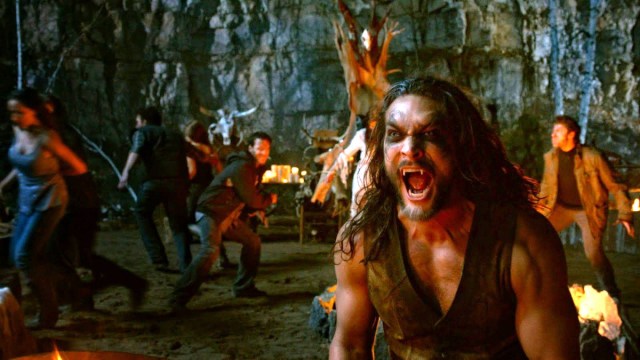 via Entertainment One
Review of:

David Hayter has got to have one of the most fascinating careers in entertainment, with the multi-talented actor and filmmaker having voiced Solid Snake in the Metal Gear Solid video game series, written two X-Men movies, penned The Scorpion King, and executive produced Netflix hit Warrior Nun. He even directed a feature film, but 2014’s Wolves wasn’t up to much.

Attempting to put a fresh spin on the werewolf subgenre is a tough task as it is, but the end product proved to be every bit as derivative and uninspired as its title. Lucas Till heads up the cast as a high schooler who finds himself transforming into a bloodthirsty lycanthrope, sending him off on a mission to discover his true origins following the brutal murder of his parents.

Even though Wolves was modestly budgeted at $18 million, it died a slow and painful death at the box office by barely squeaking past the $12 million mark, which probably wasn’t helped by anemic Rotten Tomatoes scores of just 20 and 32 percent from critics and audiences. There’s blood, guts, and gore, but it’s all very silly in a completely unintentional kind of way.

However, because horror is about as bulletproof as it gets on streaming, Prime Video subscribers have opted to give Wolves another chance. In fact, as per FlixPatrol, it’s currently the eighth most-watched title on the platform in the United States, an incredible return to prominence from out of nowhere for an action-packed supernatural slasher that it’s very good at all.