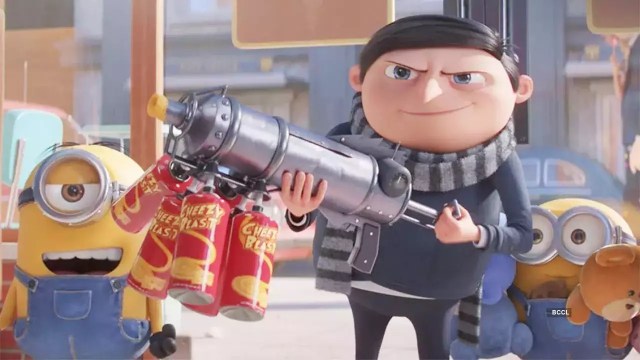 Minions: The Rise of Gru is here and the film has garnered all the attention of the internet for a variety of reasons — some that may not have the intended outcome for the film.

Right now on IMDb‘s parent’s guide for the movie, The Rise of Gru, a children’s animated film, has been flagged for severe levels of Sex & Nudity, Violence & Gore, Profanity, Alcohol, Drugs & Smoking, and Frightening & Intense Scenes. Sounds about right.

The way that these categories are designated is through an online poll and, as you’d expect, they don’t truly represent what you’re getting with the film. According to the votes for each category, it seems more than 600 people came together to skew these ratings, producing a hilarious look for one of the most anticipated kids’ films of the year.

Fortunately for those who are looking at IMBd to see if the film is appropriate for their kids, above these claims is the official certification which says the film has been rated PG for action/violence and rude humor.

Meme culture has embraced Minions: The Rise of Gru since its launch. On social media, you may have seen moviegoers out in force to see the film suited up in their finest attire.

As for its success, Minions: The Rise of Gru is currently top of the box office and on track to be the most successful film in the Despicable Me franchise to date.

If you haven’t yet seen the film, you can catch all the apparent sex, drugs, and gore of Minions: The Rise of Gru is available in theaters now.