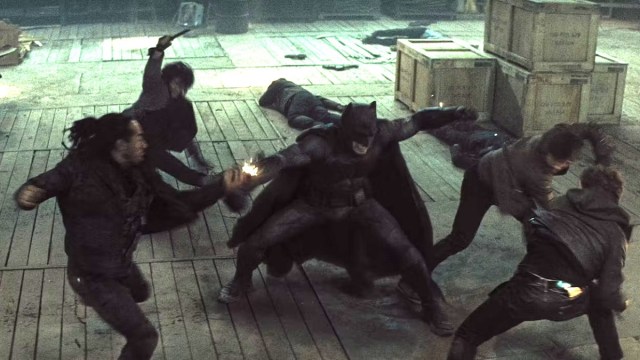 In the same vein as horror, the action genre tends to get a lot more leniency from the target audience when it comes to such trivialities as plot, character, and story. At the end of the day, the number one selling point is hand-to-hand combat, vehicular carnage, deafening shootouts, and pyrotechnic chaos, so who really cares if you get all of the above (and more) in a bad movie?

Not the good folks on Reddit, anyway, with action junkies currently engaged in a discussion that sums up the enduring appeal of big, loud, and stupid cinema as a whole. Kicked off by name-dropping the derided James Bond sequel Quantum of Solace and John McTiernan’s underrated return to the director’s chair in Die Hard with a Vengeance, fans are rattling off disappointing motion pictures that still deliver on the spectacle front.

The top comment comes right out and admits that John McClane’s fifth and final outing in A Good Day to Die Hard sucks (which it does), but also makes the very good point that the sprawling car chase through the streets of Moscow is the standout moment in an otherwise crushingly disappointing blockbuster, which is both valid and fair.

Terminator: Rise of the Machines is arguably the best non-James Cameron entry in the sci-fi franchise, but that’s not really an unabashed complement when the bar is set so low, although the showstopping devastation caused during the truck chase should be held up for praise. Batman v Superman: Dawn of Justice may have its voluminous supporters, but the naysayers make an appearance in this particular thread, although everyone does manage to agree that the warehouse brawl is a stunning piece of work.

Action is action, at the end of the day, whether it comes in a classic or a disaster.