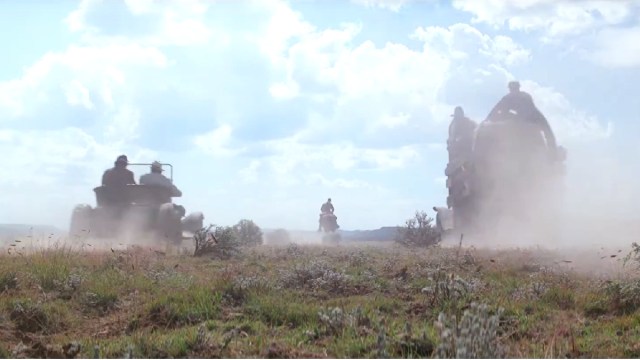 One of the action genre’s best tropes is to open with a grandstanding action sequence, one that immediately hooks the audience’s attention – showcasing that they’re in for two hours of nonstop thrills. Plenty of classic movies have opened with a rousing set piece, and a few duds have even gotten away with it, too, but have any of them ever bettered Indiana Jones and the Last Crusade?

It’s not just the stunts, either, but the entire scene as a whole. Doubling as a mini-prequel, origin story, and narrative table-setter all at once, it’s incredible and borderline mind-boggling to comprehend how much fan service, world-building, backstory, and blockbuster spectacle Steven Spielberg packed into what runs for roughly 10 minutes all-in.

Not only to we find out the origins of Henry Jones Jr.’s love for all things derring-do, but we also discover how he ended up with the scar on his chin, why he remains so terrified of snakes, his first encounter with the whip that would become his go-to method of getting out of trouble, the future professor’s love of a nice fedora, his desire for treasures to belong in a museum, and the turbulent relationship he endured with his father.

Remember; hardly any of this is relayed through exposition, a trap that blights many modern epics. We get all of this and more besides through not much else other than stunning camerawork, expertly-orchestrated choreography, and occasionally nothing more than a glance or furrowed brow.

To cap it all off, the seamless transition into Last Crusade‘s modern-day setting segues into Indy getting clocked right in the mush before escaping certain death, and we’ve already had the gaps filled in before we’re even properly introduced to Sean Connery.