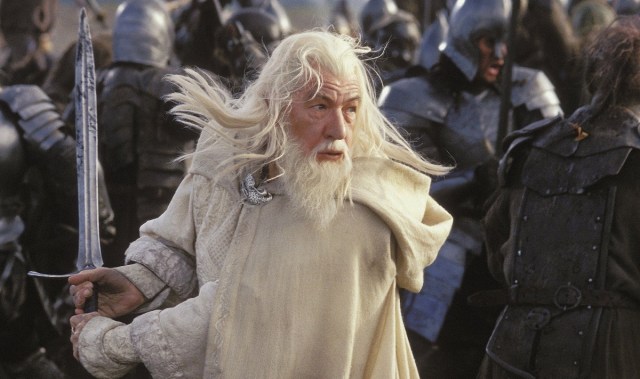 The announcement that J.R.R. Tolkien would be releasing a new novel later this year didn’t really excite a lot of diehard Tolkienists, if for nothing other than the fact that The Fall of Númenor won’t actually entail any new writing material from The Lord of the Rings author. But you never look a gift horse in the mouth, and the fact that we’re getting 11 new illustrations by Alan Lee is a gift as kingly as the one Thorin gave Bilbo at the end of The Hobbit.

Alan Lee has long been revered as one of the best sketch artists to depict Middle-earth, with many fans holding him on equal footing with John Howe. Lee and Howe both worked with Peter Jackson to realize The Lord of the Rings and The Hobbit trilogies, not to mention that we’ve seen his work on every illustrated version of the Legendarium, whether it be set in the Third Age or as early as The Silmarillion, chronologically the first book involving the creation of the world at the hands of Eru Ilúvatar.

Now, courtesy of Entertainment Weekly, we have a first look at some of the artwork that’s going to appear in The Fall of Númenor. Check them out below.

Lee also provided a statement about his return to Middle-earth.

“It is a pleasure to be able to explore the Second Age in more detail, and learn more about those shadowy and ancient events, alliances, and disasters that eventually led to the Third Age stories we are more familiar with. Wherever I had the opportunity when working on The Lord of the Rings and The Hobbit, I tried to imbue pictures and designs with an appropriate antiquity, an overlayering of history and of echoes of those older stories, and The Fall of Númenor has proved a perfect opportunity to dig a little deeper into the rich history of Middle-earth.”

Depicting the downfall of the titular kingdom of men, this new novel is a collection of writings involving the Second Age of Middle-earth, and how Sauron the Deceiver brought about the end of Númenor, thus setting the stage for the creation of Gondor and Arnor.

The Fall of Númenor comes out on Nov. 10.