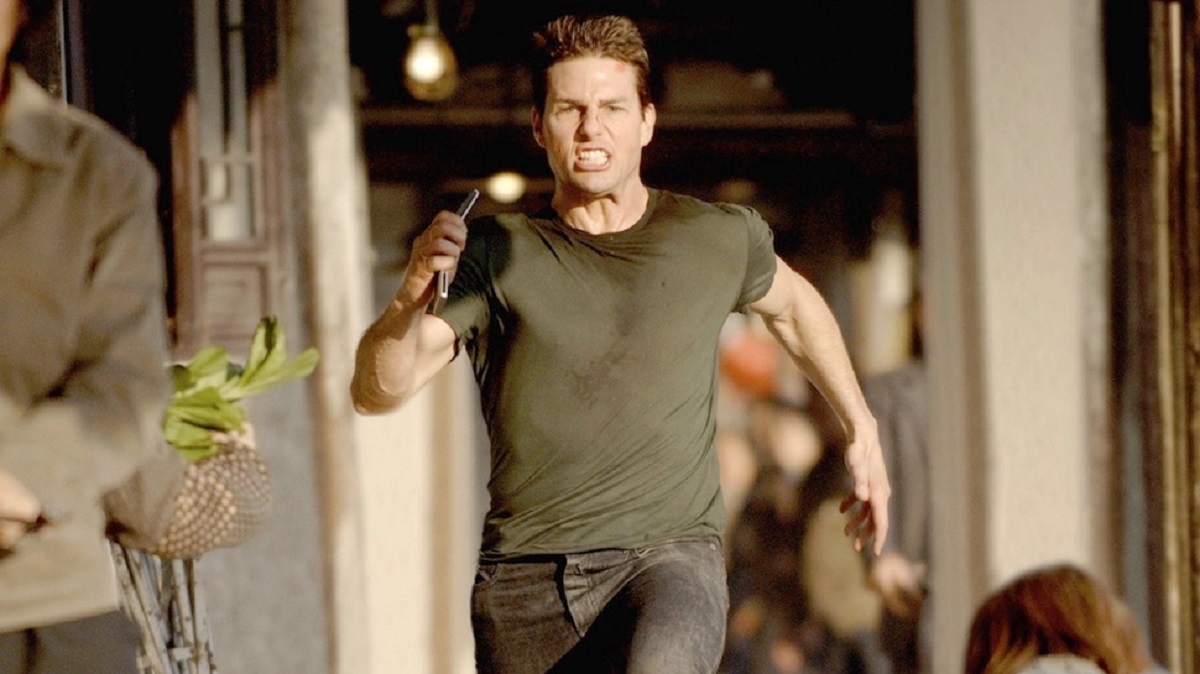 Given that his Instagram bio states he’s been “running in movies since 1981”, Tom Cruise is obviously in on the joke that he loves nothing more than to go for a little sprint almost every time he appears onscreen.

It’s become one of the actor’s signatures, but you won’t find a single better example of the unique phenomenon than in Mission: Impossible III, where an entire action scene was created for the sole purpose of watching a lung-busting dash unfold in one lengthy take.

By the standards of the series, J.J. Abrams’ feature-length directorial debut falls somewhere towards the bottom of the pile, holding only the fourth-highest Rotten Tomatoes and Metacritic scores among the Mission: Impossible back catalogue, on top of the unwanted distinction of being the lowest-grossing installment to date.

That doesn’t mean it isn’t enjoyable, with Phillip Seymour Hoffman’s villain far and away the best and most memorable antagonist Ethan Hunt has ever found himself up against, but it all gets a touch formulaic in parts. Maybe that’s because we’ve been spoiled by the incredible Ghost Protocol, Rogue Nation, and Fallout in the years since, but Netflix subscribers haven’t lost their enthusiasm for seeing Cruise do what he does best.

As per FlixPatrol, Mission: Impossible III ranks among the most-watched titles on Netflix around the world, even if it isn’t close to being the franchise’s high point.