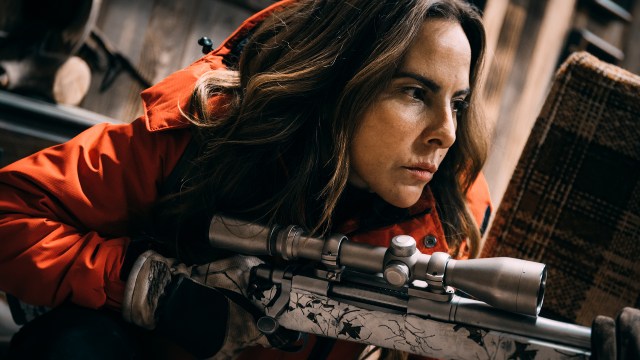 The world of B-tier action thrillers is awash with titles that are hardly barometers of cinematic excellence, with a deluge of hard-hitting genre flicks arriving on what feels like a weekly basis. However, this year’s Hunting Ava Bravo has reached rarefied air that many of its peers can only dream of, by becoming one of the most popular titles on a major streaming service.

As per FlixPatrol, journeyman director Gary Auerbach’s latest feature has landed on the Prime Video Top 10 in 20 countries split across two continents, and it’s even managed to hit number one in 16 of them. That’s a stellar return for any movie, let alone one that hasn’t exactly been rapturously received by the masses.

A 4.6/10 user score on IMDb isn’t bad, but the real juicy tidbits come from the audience reviews, wherein Hunting Ava Bravo is lavished in such praise as “if you can, don’t watch this movie”, “simply the dumbest movie I’ve ever seen”, “absolute waste of time”, “this is not even worth watching on freebee channels”, and plenty more besides.

Perhaps the only notable thing about Hunting Ava Bravo is that it marks the first writing credit of Buffy the Vampire Slayer alum and VOD stalwart Marc Blucas, who plays billionaire sportsman Buddy King, a shady (and very rich) character that gets his kicks by hunting down and killing people who’ve already survived horrific and traumatic experiences.

As you might expect, Kate del Castillo’s title hero poses his most formidable threat yet, and while it’s been made clear that you probably shouldn’t track this one down, Prime Video customers are evidently opting to ignore the warnings.