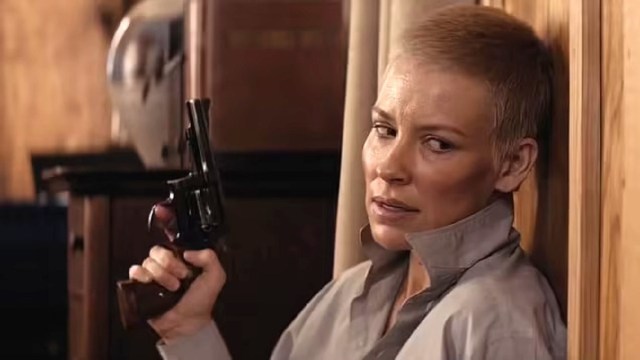 Typecasting can be a death knell for any career, so Jason Sudeikis should at least be commended for stepping outside of the comedic comfort zone that’s brought him so much success to try his hand at a hard-boiled hybrid of character-driven drama and crime thriller like South of Heaven.

Unfortunately, the reception to co-writer and director Aharon Keshales’s 2021 potboiler was mixed to put it lightly, with the film winding up with thoroughly mediocre Rotten Tomatoes scores of 45 and 55 percent from critics and audiences respectively. It didn’t make much of a splash among audiences, either, with South of Heaven almost instantly being forgotten about from the second it was made available for mass consumption.

However, the world of streaming and on-demand can often be a second-chance saloon for titles that slipped right under the radar first time around, and we can now add South of Heaven to that list. As per FlixPatrol, the undercooked effort has found a spot on the platform’s global most-watched list, less than a year out from being greeted with apathy more than anything else.

Sudeikis heads up the cast as a convicted felon who gets early parole following a 12-year stretch, where he makes a vow to give his childhood sweetheart the best year of her life in the face of her diagnosis with terminal cancer. If you can believe it, things aren’t quite as straightforward as that, and as intriguing as it is to see the Ted Lasso star try his hand at something new – it doesn’t quite work the way anyone intended.