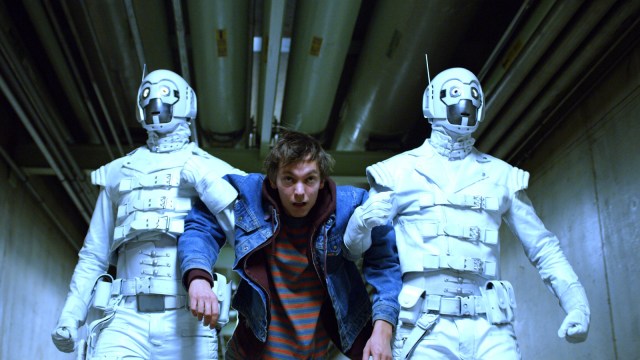 It’s hard to paint a familiar premise in broad strokes, so credit should at least be awarded to ambitious director, co-writer, producer, and co-editor Eric Demeusy for his feature-length debut Proximity, which came and went without making much of a splash back in May 2020.

Unfortunately, a 38 percent Rotten Tomatoes score and 32 percent user rating shows that the filmmaker’s reach far exceeded his grasp, even if the fairly standard alien abduction story features a late twist that’s so bizarre, outlandish, and far-fetched even for the standards of science fiction, that it needs to be seen in order to be believed.

Ryan Masson stars as young NASA scientist Isaac Cypress, who ends up inadvertently taking the “Space” part of his employers’ remit a little too literally when a UFO ends up squirreling him for an impromptu trip beyond the stars. He returns three days later, and unsurprisingly becomes obsessed with proving his experience was real.

That sounds so far, so standard, but we’re not done. Tracking down those to have shared a similar voyage, he ends up getting drawn into a conspiracy involving a shady government organization, a mysterious Alaskan man, the unleashing of surprise telekinetic abilities, and a cameo appearance from Jesus Christ. Yes, that really happens.

Dropping Jesus himself into a low budget sci-fi drama with heavy thriller elements is bold to say the least, and the move is finally paying off for Proximity. As per FlixPatrol, the panned effort has landed a spot on the Prime Video most-watched list after rising up the ranks for the last few days, and the surprise guest isn’t one that you’ll forget in a hurry.