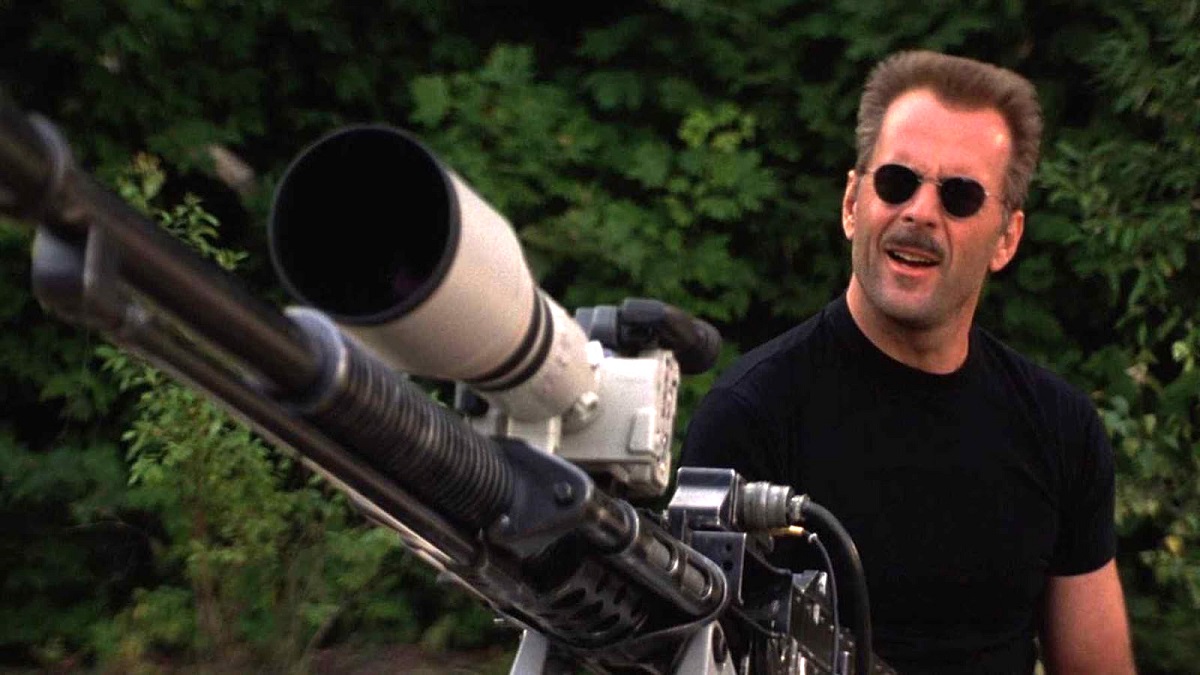 On paper, there was almost no way The Jackal would turn out to be anything other than a hugely accomplished $60 million action thriller geared towards older audiences during the buildup to release in November 1997.

A remake of 1973 British classic The Day of the Jackal, which was itself adapted from the novel of the same name by Frederick Forsyth, there was plenty of top talent on either side of the camera.

Director Michael Caton-Jones had just made the well-received duo of This Boy’s Life and Rob Roy, while writer Chuck Pfarrer was no stranger to genre fare either, having been credited on the screenplays for Sam Raimi’s Darkman and John Woo’s Hard Target.

Throw in a cast that featured A-listers Bruce Willis and Richard Gere in the lead roles, with support coming from the likes of Jack Black, J.K. Simmons, and the legendary Sidney Poitier in what turned out to be his last theatrical appearance, and the stage was set for something special.

Instead, The Jackal was as derivative, uninspired, and workmanlike as the genre can be, offering virtually no thrills and very little in the way of excitement, even if it did manage to earn a solid $159 million at the box office. In the end, critics panned the revenge story driven by an assassination plot put in motion against the deputy director of the FBI, with an imprisoned terrorist freed in order to identify the infamous hitman on the loose.

Despite a measly Rotten Tomatoes score of 23%, The Jackal has become an unexpected success on streaming over the weekend, though, having appeared out of nowhere on the iTunes most-watched list, as per FlixPatrol.