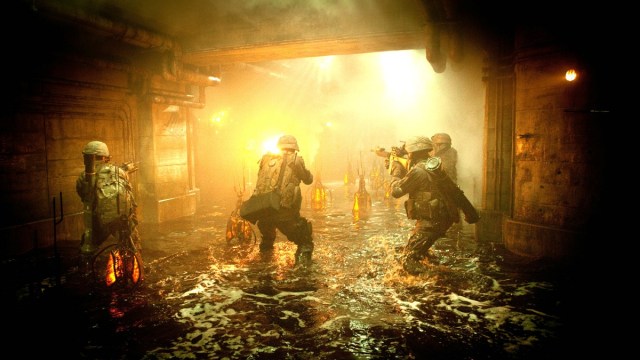 It’s become increasingly hard for an original blockbuster to make a splash at the box office when box office takings have proven that IP continues to be the main way of putting butts in seats, but 2011’s Battle: Los Angeles made a decent fist of stating a case as a potential franchise.

While reviews weren’t exactly overwhelmingly enthusiastic, a $211 haul from theaters plus the additional revenue brought in on home video saw it turn a tidy profit. However, the margins evidently weren’t strong enough to justify sequels, even if the concept lent itself incredibly well to further exploration.

A boots on the ground war epic that doubles as a sci-fi action extravaganza, reports emerged at the time of its release that should Battle: Los Angeles generate additional installments, then the setting would hypothetically be changed to a different city each time out. That would have been an ingenious way to continue freshening up the concept, with fans currently lamenting the one-and-done property as we speak.

The prospect of seeing the likes of Battle: New York, Battle: London, and Battle: Tokyo would have been a startlingly unique way to keep mining a valuable premise without falling into formula, even if the crux of each film would have essentially been the same; namely, local forces staving off the threat of intergalactic extermination.

It wasn’t to be, though, but based on the number of commenters in agreement over the wasted potential and missed opportunities that came attached to the solidly-if-unspectacularly successful Battle: Los Angeles, Sony missed a trick.