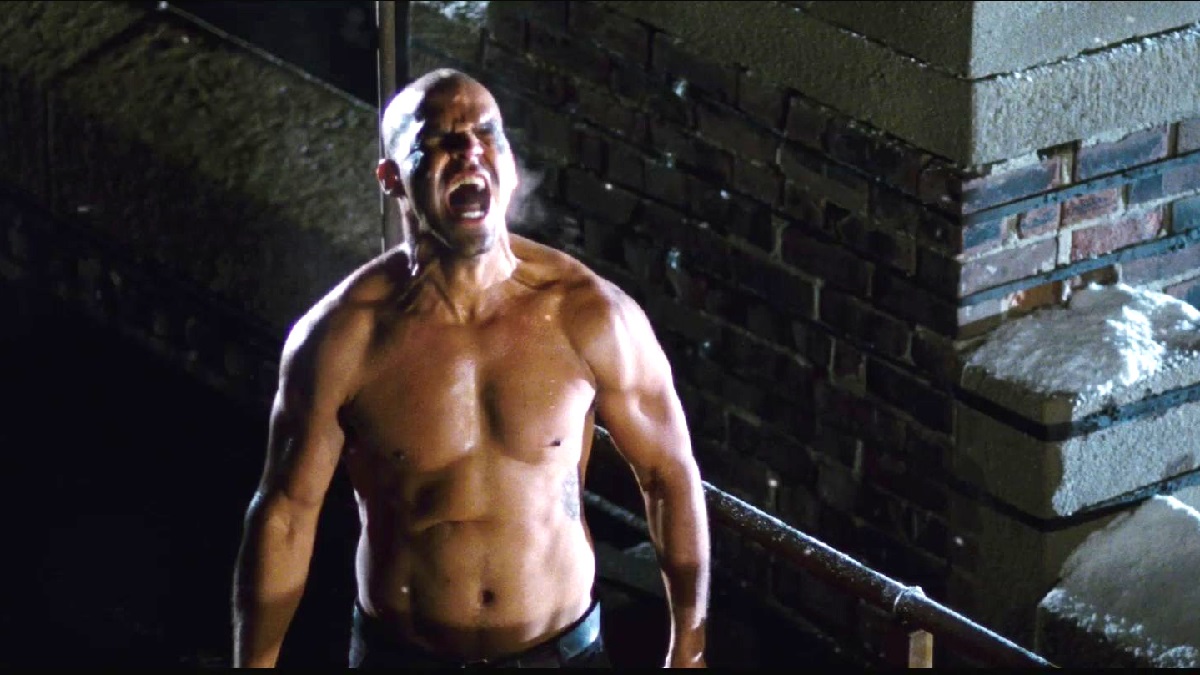 It speaks volumes about the overall quality of the video game adaptation that Max Payne is only the 15th lowest-rated console-to-screen translation ever made on Rotten Tomatoes, even though it’s utterly and irredeemably terrible.

On the aggregation site, a 15 percent critical score sounds about right, even if audiences appeared to enjoy it nearly twice as much based on the 29 percent user rating. Mark Wahlberg has proven that he’s a great actor with the right material, but his default setting of “po-faced action hero” also happens to be the weakest weapon in his arsenal by far.

Grim, grimy, and completely devoid of life, Max Payne largely hits the broadest beats of the source material, with the notable caveat that the classic video game was a genuinely fun, exciting, and inventive experience. John Moore’s feature, on the other hand, was most certainly not.

And yet, because mundane shoot ’em ups are about the easiest thing to digest after a long, hard day at work, Max Payne has put aside the fact it’s one of its genre’s weakest examples to lock, load, and aim down the barrel of the streaming charts. Per FlixPatrol, the miserly slog through a rampage of revenge has gunned down a plum spot on the Rakuten rankings, even though almost everyone involved in the project from top to bottom has lent their talents to substantially better actioners.

The good news for the several people who loved Max Payne is that a Wahlberg-less reboot was announced to be in development earlier this year, something the majority will be keen to avoid.