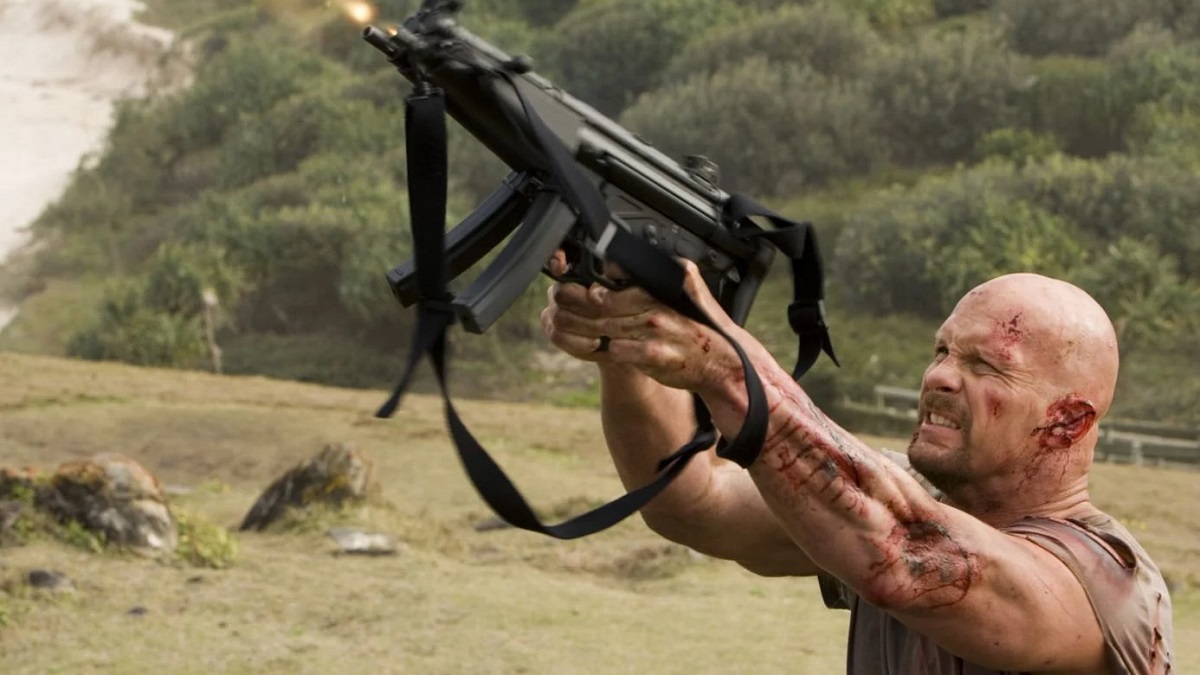 The success enjoyed by Dwayne Johnson, Dave Bautista, and John Cena has shown that professional wrestlers are more than capable of forging a lucrative new career path once they swap the squared circle for the silver screen, but it would be fair to say that Stone Cold Steve Austin’s filmography is hardly the stuff of legend.

One of the biggest stars in the history of the grappling business, the gruff Texan’s in-ring career ended in 2003, but it wasn’t until 2007 that he scored his first major leading role in a motion picture. Unfortunately, The Condemned was panned by critics and flopped at the box office, earning less than $9 million against a $20 million budget, with a 15% Rotten Tomatoes score rubbing further salt into the wound.

The plot is basically that of The Running Man, with Austin’s death row inmate taken to a remote island by an unscrupulous TV producer, where he and nine other prisoners find themselves locked in a violent battle to the death, with the sole survivor left standing at the end of the broadcast earning their freedom.

The Condemned even got a sequel with fellow WWE star Randy Orton taking top billing, but you’d be hard-pressed to find anyone that cares. However, the opener is experiencing a remarkable resurgence on Netflix per FlixPatrol, having become the 21st most-watched film on the platform’s global charts.