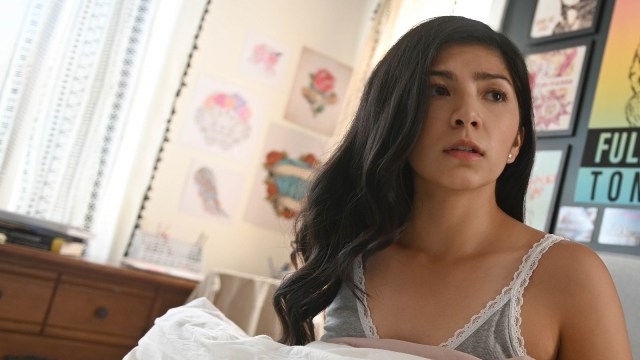 As per Urban Dictionary, “Lifetime movie bad refers to when a film is poorly produced, has cheap cinematography, poor editing, and an overused concept and storyline”. That may be true to a certain extent, but it hasn’t stopped Girl in the Shed: The Kidnapping of Abby Hernandez from making an unexpected play for the top of the streaming charts.

Having initially premiered on the aforementioned network back in February, the true-life abduction thriller has since migrated over to Hulu, with FlixPatrol revealing that it’s managed to climb all the way to the summit to currently rank as the single top-viewed feature on the entire platform.

Lindsay Navarro stars in the title role, based on the disturbing true story that found 14 year-old Abby accepting a ride home from school in a stranger’s car, only for Ben Savage’s Nate Kibby to hold her captive for nine months in a soundproofed storage container on his property, leading to a catalogue of horrific abuse.

While it’s highly questionable for the notoriously ropey production line of Lifetime originals to take such harrowing ordeals and turn them into substandard films, it can’t be denied that The Kidnapping of Abby Hernandez has made a much bigger impact on at-home audiences than anyone could have possibly predicted.

It isn’t the first made-for-television effort to find a new lease of life on a major streamer, either, and we dare say that it probably won’t be the last looking at how the story has managed to captivate a massive number of Hulu’s paying customers.