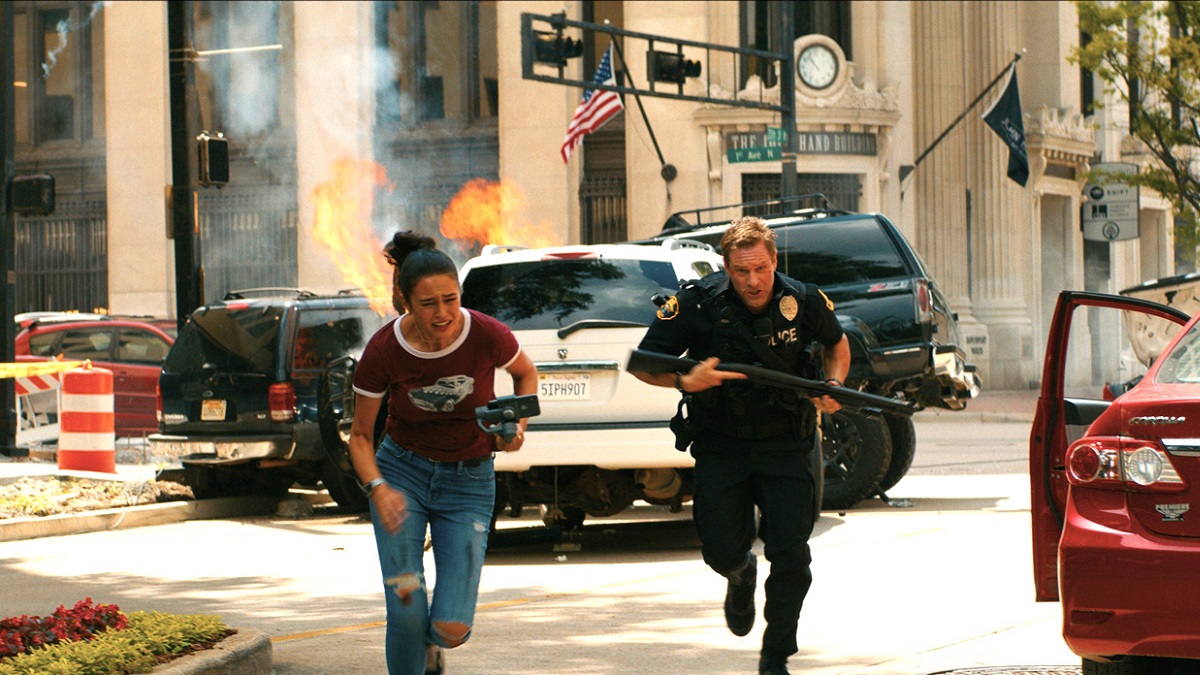 There’s been no shortage of famous actors to wind up attempting a reinvention as VOD action heroes, but very rarely does the recent career of Aaron Eckhart find itself mentioned in the same breath as that of Bruce Willis and/or Nicolas Cage. That might have something to do with the fact the majority of The Dark Knight star’s output has been fairly dire, but 2019’s overlooked Line of Duty is definitely one worth checking out if you’ve got the time to spare.

It hardly reinvents the wheel or comes anywhere close to approaching greatness, but it does a decent job with an interesting concept, and Eckhart provides a solid lead performance to anchor the escalating madness that comes perilously close to descending into the nonsensical on occasion.

Netflix subscribers have been captivated by Line of Duty this week as per FlixPatrol, with veteran genre director Steven C. Miller’s decent fast-paced slab of heightened excitement taking pride of place on the global charts, and it’s even nabbed fourth place in Canada.

The leading man plays a disgraced cop looking for a way to rehabilitate his flagging career, and the opportunity presents itself when his boss’ daughter gets kidnapped, with Eckhart’s Frank Penny deciding that a one-man rescue mission is the best course of action,

Along the way, he crosses paths with Courtney Eaton’s livestreamer, who ends up broadcasting their race against time online to her followers, keeping an entire city and worldwide online community on tenterhooks. There’s also a vengeful brother trying to exact revenge on the mismatched duo to add another obstacle into the mix, in a well put together hybrid of found footage, real-time thriller, police procedural, and standard low budget actioner.