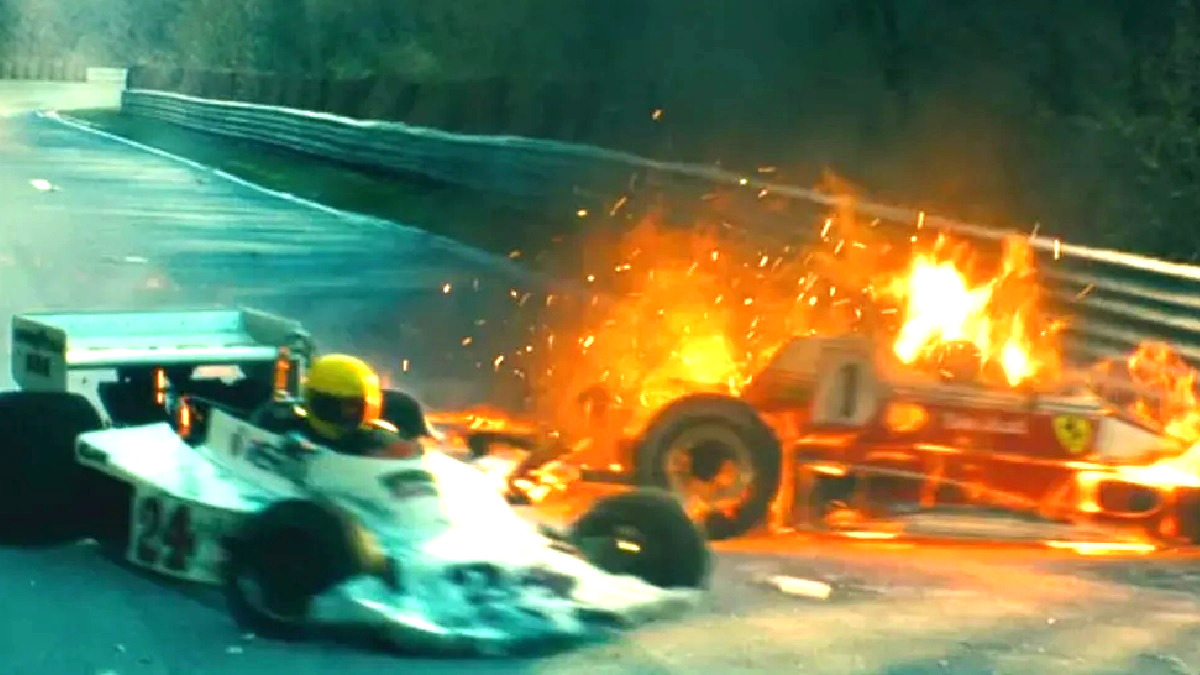 Ron Howard occupies unique filmmaking territory, in that he exists somewhere between a prestige favorite, a populist entertainer, and a genre-hopping journeyman, with two Academy Award under his belt and billions of box office dollars to show for it. 2013’s Rush might be the perfect combination of his many talents, though, even if it undeservedly underperformed in theaters.

The fast-paced and frantic character piece is a combination of high-octane racing thriller, biographical drama, and sports movie, bolstered by arguably the single finest performance of Chris Hemsworth’s career as charming playboy James Hunt, even if most of the plaudits (and a Best Supporting Actor nomination at the Golden Globes) were aimed at Daniel Brühl’s Nikki Lauda.

Two adversaries who shared the same profession but couldn’t be any more different in terms of personality, the brash Hunt and measured Lauda forged an all-timer of a rivalry on the Formula 1 track, before ultimately becoming close friends once they put their competitiveness to one side in favor of mutual respect.

Rush may have failed to reach $100 million at the global box office, but an 89 percent Rotten Tomatoes score sees it comfortably rank as one of the best entries in the filmographies of Hemsworth, Brühl, and Howard, while Paramount Plus subscribers have been taking it to their hearts this weekend.

As per FlixPatrol, the rip-roaring biopic ranks as the sixth most-watched title on the platform’s global rankings after speeding into the Top 10 in no less than 17 countries, nearly a decade after failing to find the size of audience it definitely deserved.