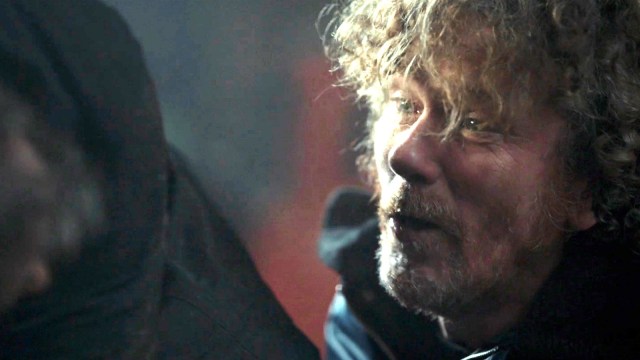 Experimental filmmaking is almost always a crapshoot, but Christian Carion’s Mon garçon proved to be so successful that the writer and director remade his French-language thriller four years later. Pretty much the exact same thing all over again except this time in a different language, My Son turned out to be an inferior retread of an ambitious concept.

The lean 95-minute thriller finds James McAvoy driving through the Scottish Highlands when he gets a phonecall from his ex-wife, played by Claire Foy. Their 7 year-old son has vanished without a trace after disappearing from a campsite, and it quickly transpires that a kidnapping has been orchestrated that forces the distraught father to take matters into his own hands.

While that sounds like the sort of genre flick that’s been seen and done to death a thousand times over, the hook for My Son is that McAvoy went into shooting without a clue what was going to happen. The actor revealed that he wasn’t given a script or any dialogue, forcing him to improvise his entire performance based on the rough outline he was made aware of ahead of time, reacting to his co-stars in the moment.

The leading man is definitely a good enough actor to pull it off, but My Son‘s biggest selling point ironically turned out to be its biggest weakness. The plot is so thin that you think McAvoy might not be the only one who was kept in the dark, while the haphazard tonal shifts end up pulling the story in countless different directions, the majority of which fail to resonate.

Having initially released on streaming towards the end of last year, My Son came and went without making much of an impact, at least until it captivated Prime Video subscribers this weekend. As per FlixPatrol, the flawed experiment in improvisational filmmaking has sought revenge on the platform’s most-watched rankings, so at least it’s still managing to draw in a crowd.