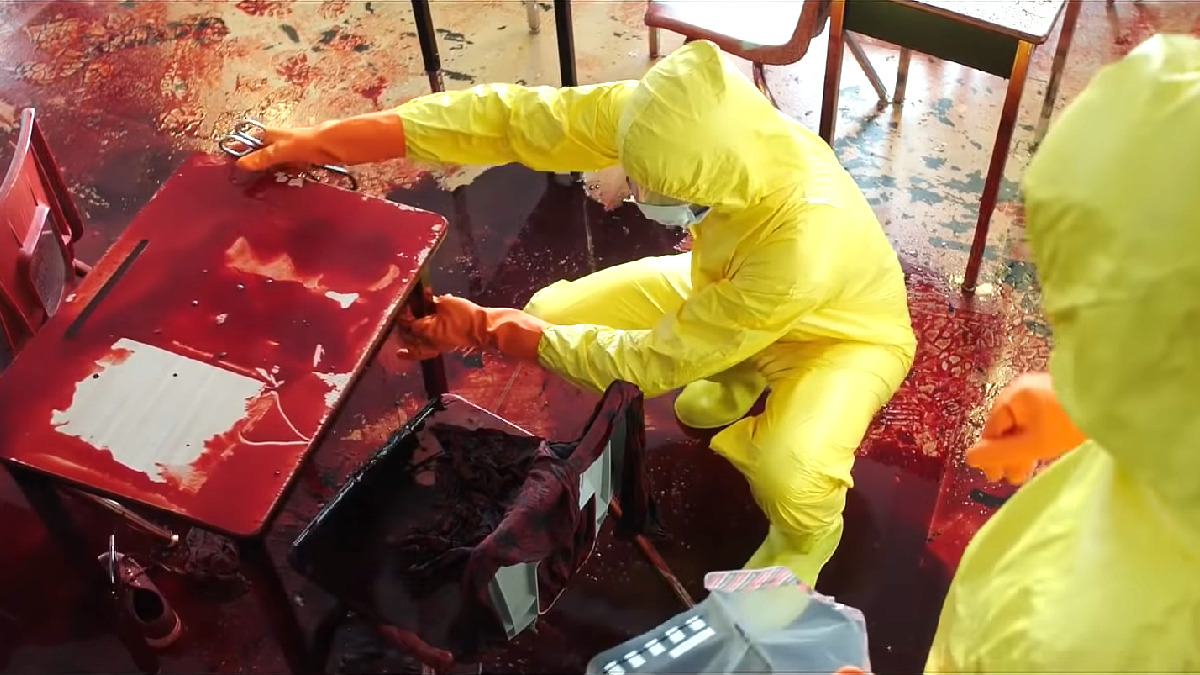 Mixing and matching multiple different genres to create a cohesive whole is a tough task for any filmmaker, never mind one making their feature-length directorial debut, but it would be an understatement to say that Brian Duffield absolutely knocked his first film Spontaneous out of the park.

The only downside is that a limited theatrical release and VOD rollout in October 2020 saw the movie go largely under the radar, unnoticed, and overlooked, something that didn’t deserve to happen to a unique slice of stylish cinematic madness that landed a Certified Fresh Rotten Tomatoes score of 97 percent.

The broadest way to describe Spontaneous is as a sci-fi, romantic, teen, coming-of-age black comedy with horror elements, just to give you an indication of the balancing act on display from first to last. Katherine Langford and Charlie Plummer play a pair of high school seniors trying to figure out a way to enjoy life in a world where people have suddenly and inexplicably started combusting for no discernible reason.

As romance begins to blossom in among the blood, guts, and exploding peers, the star-crossed duo begin to realize that they should make the most of whatever time they have left, because the evidence is there that they could become mush at any moment.

Spontaneous is a wild and crazy ride, but it’s also got plenty of heart and humor, which is enticing Netflix viewers in their numbers after FlixPatrol revealed the one-of-a-kind flick has scored a Top 10 placing in 15 countries, to rank as the platform’s 18th-top title globally.