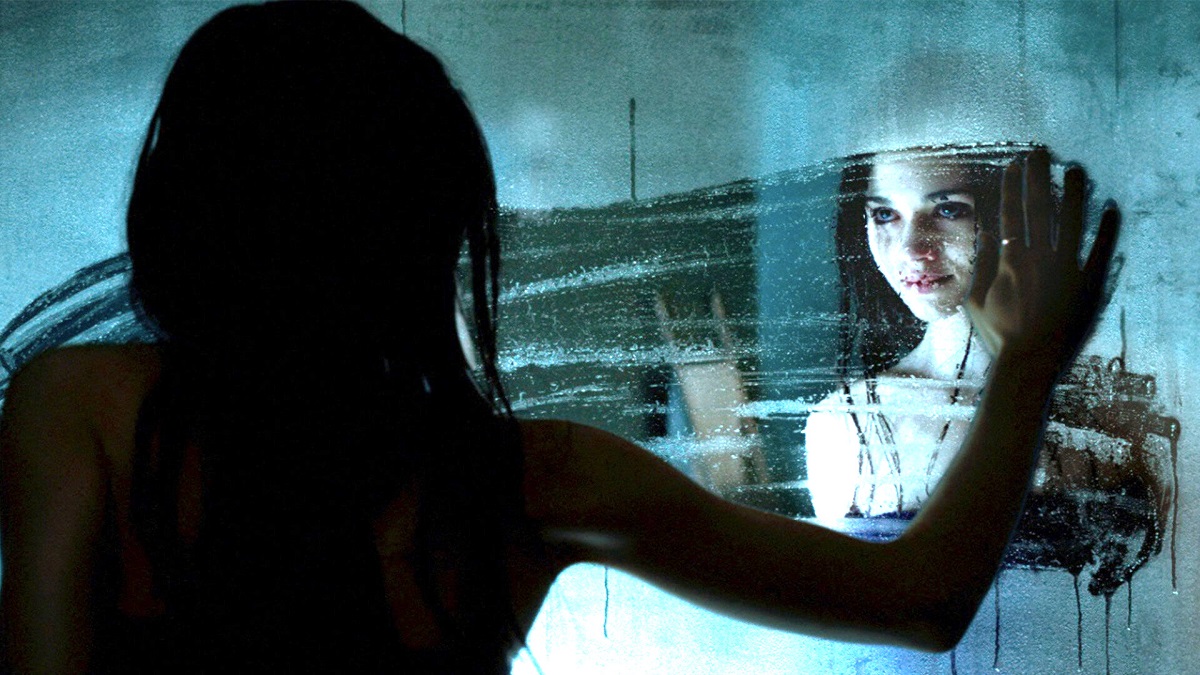 It goes without saying that the best psychological thrillers work their way under your skin, leaving you asking questions throughout the entirety of the running time, only to pull the rug out from you without warning to give you an answer you would never have expected.

Writer/director Assaf Bernstein’s 2018 feature Look Away is definitely not that movie. It’s got plenty of visual panache and polish to spare, though, but not enough to overcome the gaping flaws in the story that actively undermine the movie at virtually every turn.

The setup is a doozy, too, with India Eisley’s high school outcast getting more than she bargained for when she effectively trades lives with her evil mirror image, which goes about as swimmingly as you’d expect. Academy Award winner Mira Sorvino and the always-welcome Jason Isaacs lend support as her put-upon parents, but Look Away never quite coalesces into a satisfying whole.

A 17% Rotten Tomatoes score isn’t a great return for such a unique premise, but that hasn’t prevented Look Away from surging on streaming this week. As per FlixPatrol, the forgotten chiller has is currently the thirteenth most-watched title on Amazon globally, and looking to capture the audience that almost completely ignored it the first time around.