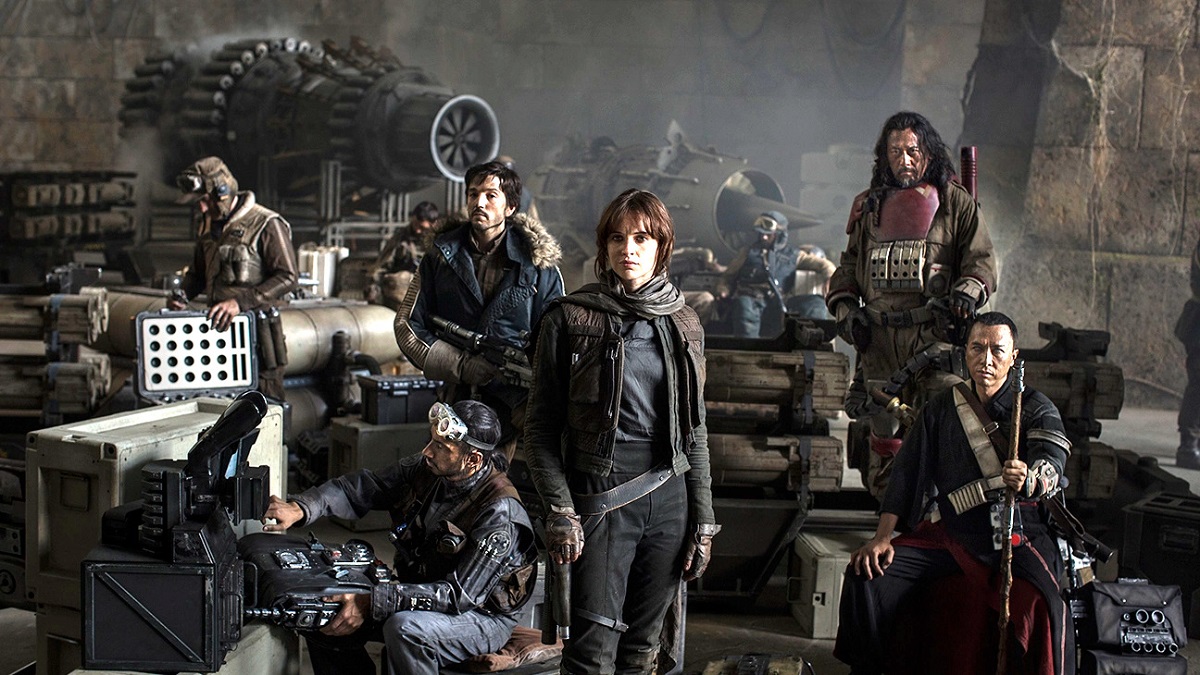 It’s no secret that the magic of Star Wars has come from the touch of many, many minds. But not every little detail of the carefully-crafted canon is as deliberate as some may think. For instance, take one of the most memorable lines of Rogue One — “just let the girl speak!”

The unlikely improvised origins of the line, enshrined into memory by memes, were revealed in a Reddit thread today. The line was delivered by Samuel Victor as Torius Chord, a Rebel pilot also known by his callsign Blue Two, who fought in the battle over Scarif and, of course, silenced a room of argumentative Rebels on Yavin IV. In a Reddit post, Victor shared how he was given the last minute chance to be on set to fill in for Blue Two during the film’s infamous reshoots. While his character is known for the improved line, Victor revealed he actually performed a few scripted lines that were cut from the final film.

“The director of the reshoots wanted more energy to the scene and encouraged us to shout out and improvise,” Victor wrote. Tony Gilroy, who took over from Gareth Edwards to direct the reshoots, liked the line enough to pencil it into the script. Victor says he was even called back for an ADR recording, a separate audio recording session done in post-production for better sound clarity.

Victor, a small time TV and film producer, admitted in a separate comment: “I feel my career forever peaked here.” He shared his childhood love of the Star Wars franchise and also added that he donates all proceeds from appearances at cons and fan events to organizations that help more women work in the film industry. Given the famous line and personal connections to women affected by harassment in the industry, Victor writes “it seems appropriate to help redress the balance of a mostly male dominated industry.”

Rogue One: A Star Wars Story was Disney’s first non-mainline live-action production in the franchise. Directed by Gareth Edwards, the film released in 2016 after controversial reshoots by Gilroy. The film follows Jyn Erso (Felicity Jones) and Cassian Andor (Diego Luna) as they attempt to steal the plans to the Death Star in the events immediately preceding Star Wars Episode IV: A New Hope.

You can watch Rogue One on Disney Plus.