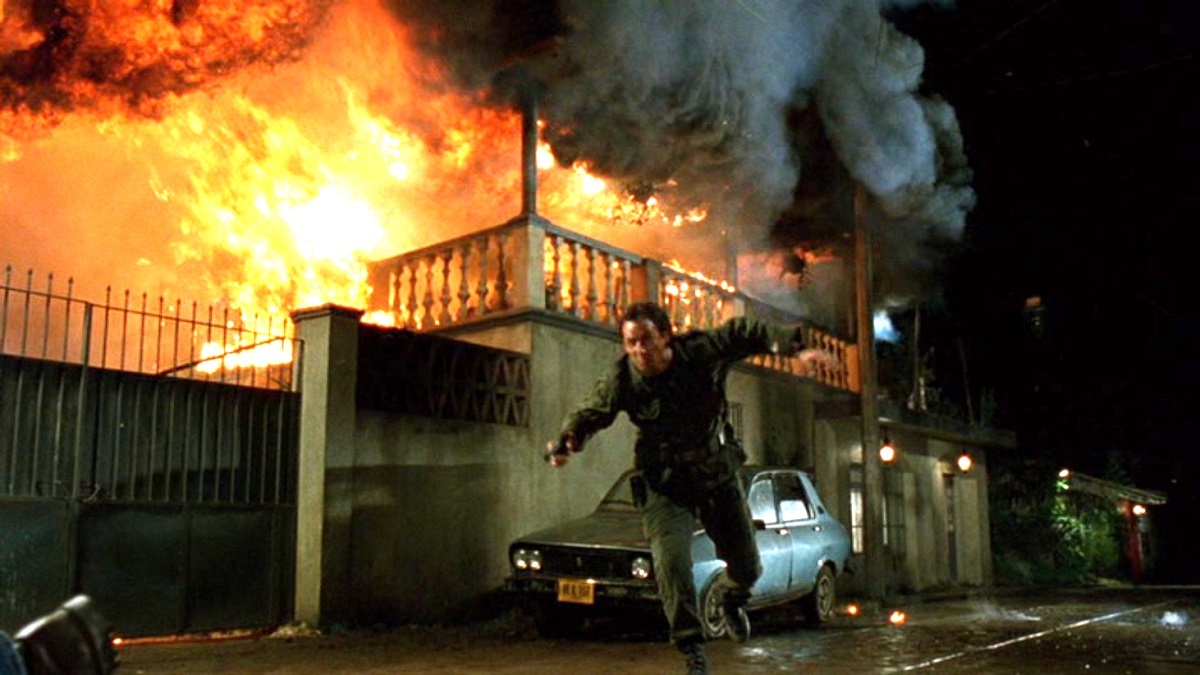 For reasons that obviously don’t need any explaining, a big budget action blockbuster focusing on a man who loses his wife and child in a terrorist attack on United States soil was pulled from its original theatrical release date of October 5, 2001, but that was just the beginning of the problems faced by Arnold Schwarzenegger vehicle Collateral Damage.

Not only was the marketing campaign scrapped and redesigned from the ground up to shift the focus away from themes of terrorism and onto Arnold’s one-man army shtick, but an entire action sequence featuring Sofia Vergara was cut out of the film because she played a character who hijacked a plane in midair.

In the end, Collateral Damage eventually limped into theaters in February 2002, where it failed to recoup its $85 million budget at the box office, and wound up as one of the worst-reviewed entries in Schwarzenegger’s entire career thanks to a Rotten Tomatoes score of 19 percent, to go along with an equally-dismal 27 percent user rating.

The hulking Austrian’s firefighter is forced to take matters into his own hands to seek justice, heading off to Colombia in an effort to get his hands on the man responsible, decimating plenty of hapless goons along the way. It’s very standard stuff hampered by a terrible sense of timing first time around, but it’s nonetheless been going down a storm on HBO Max.

As per FlixPatrol, Collateral Damage is within touching distance of the platform’s global Top 20, with two decades being enough time for fans to give the film another chance.