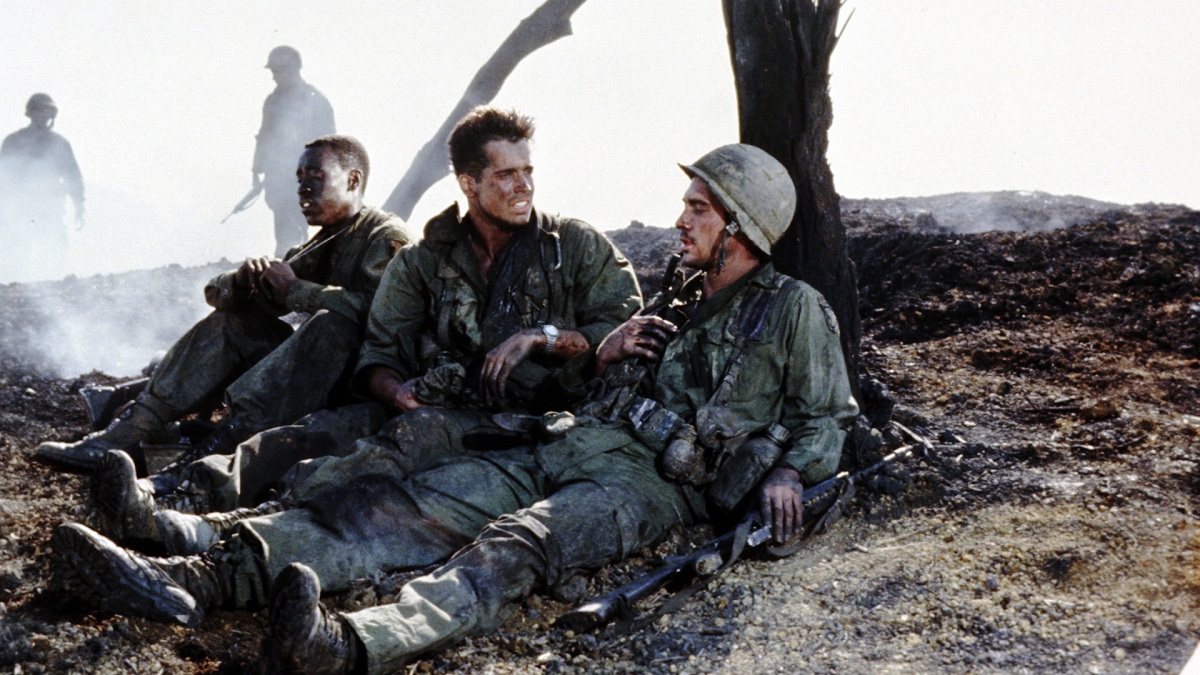 History is littered with war movies that instantly took their place among the pantheon of all-time greats, but it took a little longer for John Irvin’s Hamburger Hill to be placed on the pedestal it deserved from the outset, and that may have to do with the gripping epic being overshadowed by Oliver Stone’s Platoon and Stanley Kubrick’s Full Metal Jacket.

As a result, the haunting 1987 story packed with future stars including Dylan McDermott, Don Cheadle, and Courtney B. Vance couldn’t even crack $14 million at the box office, even if a perfect 100 percent score on Rotten Tomatoes just goes to show the esteem the film is held in by modern critics.

Unfolding during the titular battle, the narrative takes places over the course of 10 days in May of 1969, with a unit comprised of veterans and rookies alike attempting to gain ground and claim the hill during the Vietnam war. In between dodging bullets and fighting for their lives, the psychological toll of war has an even greater effect on the men, with sociopolitical and racial tensions bubbling just underneath the surface.

Comfortably one of the greatest Vietnam movies ever made, and almost certainly the most underrated, Hamburger Hill has been celebrating its 35th anniversary in style by making a surge up the streaming ranks. As per FlixPatrol, the harrowing and extremely immersive examination of how deeply conflict can cause chaos on multiple fronts has charged into battle on the Starz global charts, introducing an all new audience to a tale for the ages.