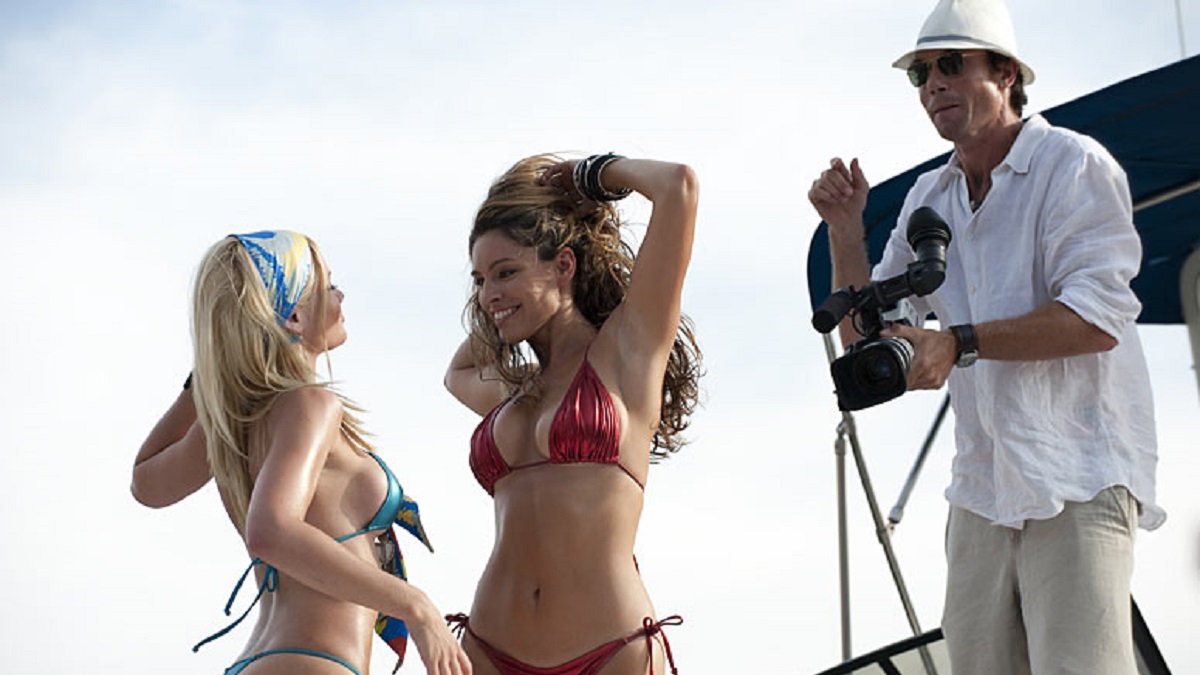 Even the most ardent of horror fans have grown numb to the endless procession of remakes and reboots to have come along over the last two decades, with a great deal of them proving to be inferior retreads of the originals that up the gore in an effort to compensate for a lack of freshness. Piranha 3D certainly has plenty of that, but it’s also got camp charm and silliness to spare.

Director Alexandre Aja had cultivated a reputation as one of the genre’s fastest-rising filmmaking talents, but his approach to terror was always reliably straight-faced. That definitely didn’t turn out to be the case with his reinvention of the 1978 favorite, though, which planted its tongue firmly in cheek to deliver a nonstop barrage of sun, sea, sand, sex, scantily-clad extras, and scaly predators tearing anyone in their path to shreds.

It goes without saying that the film doesn’t play anywhere near as well without the added dimension, with Piranha 3D embracing the gimmickry of it all to embrace its relentlessly and gloriously tongue-in-cheek nature. It’s been a dozen years since the chomping cult favorite drew a shockingly high Rotten Tomatoes score of 74 percent and recouped its budget three and a half times over at the box office, but a celebratory Reddit thread underlines the enduring favorite of the masterclass in blood-soaked cheese.