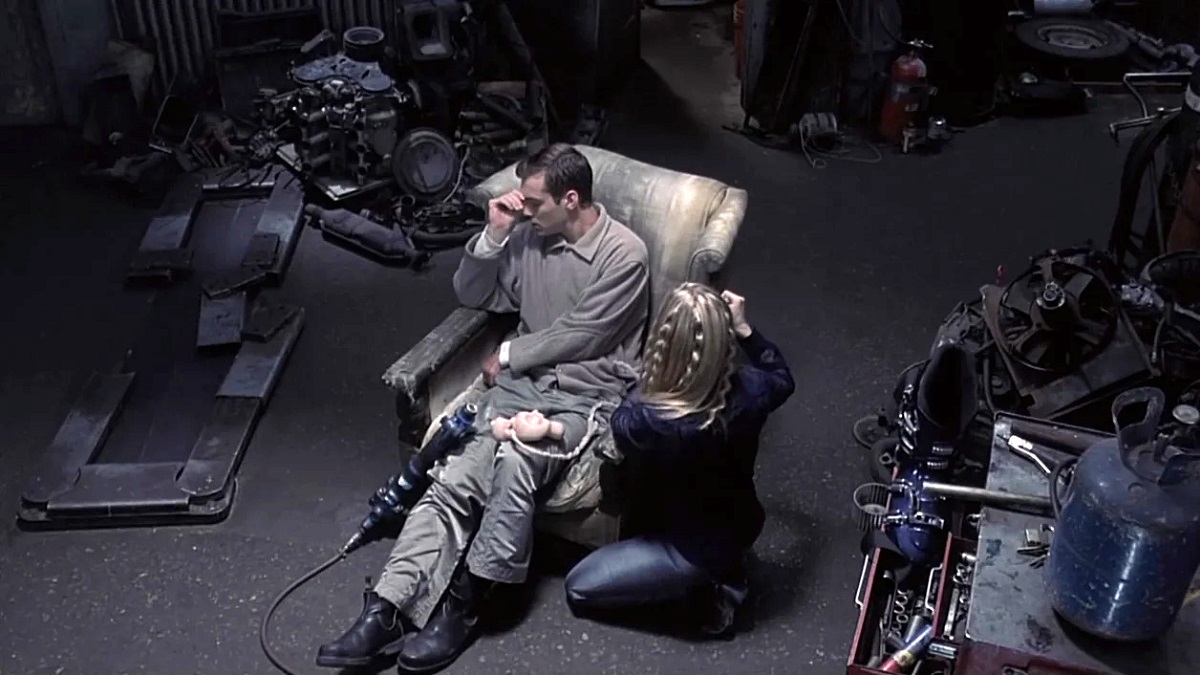 Such is the strength of the David Cronenberg brand, the filmmaker maintained his reputation as cinema’s master of body horror despite taking an absence from nightmarish transformations that spanned 23 full years between 1999’s Existenz and the recently-released Crimes of the Future.

Of course, he was kept plenty busy in the meantime exploring other creative avenues, but Existenz‘s disastrous box office performance may have soured him from returning to the well he built his reputation on, after the $15 million psychological nightmare only managed to cobble together a shade under $3 million at the global box office.

Reviews were strong enough, though, with the existential view into a future where the lines between reality and virtual life become increasingly blurred eerily prescient, while there’s a strong argument to be made that it was simply too far ahead of its time – especially given the way we now worship at the altar of being permanently online.

Either way, a celebratory Reddit thread has drummed up a new wave of support for the severely underrated and unfairly ignored Existenz, and it’s not before time. All of Cronenberg’s signature flourishes are present and accounted for in a story that follows Jennifer Jason Leigh’s game designer heading off on the run with Jude Law after she implants a copy of the titular video game into his body in the aftermath of surviving an assassination attempt.

From there, things get every bit as weird, wild, and wonderful as you’d expect from Cronenberg, and it’s definitely worth a first-time watch or long-overdue revisit.