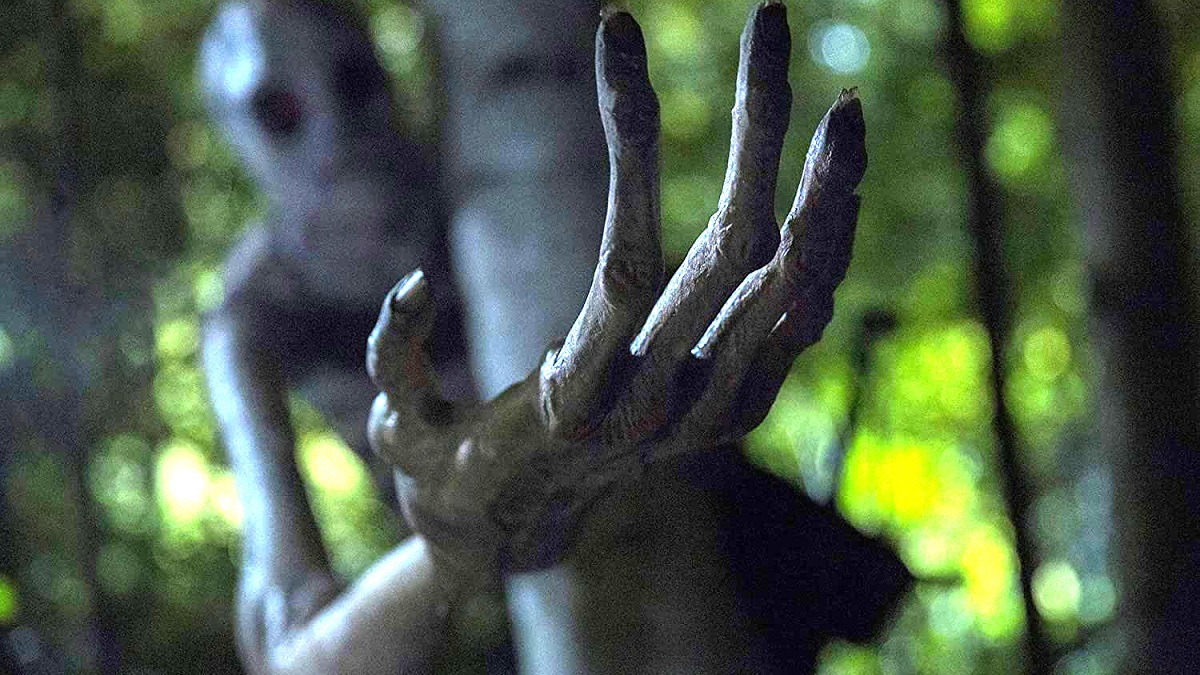 It might sound strange to criticize a horror movie for providing nothing else except a succession of terrifying jump scares, but that’s the position writer/director Jacob Chase’s Come Play found itself in.

An feature-length adaptation of his own short film Larry, Chase certainly knows how to strike terror into the hearts of viewers by orchestrating and delivering a string of intense moments throughout the running time, which makes it even more of a crying shame that Come Play as a whole turned out to be a touch on the underwhelming side.

A lonely kid spends the majority of his time buried in a tablet or smartphone screen, with his parents hoping that he’ll eventually make friends. That does happen, but not in the way anybody was expecting or hoping for, after a monster uses the child’s technology as a means to enter our world and cause havoc.

Despite some solid production design, strong performances, and a lurching feeling of dread, Come Play has a sense of unevenness that it can never really shake, which holds it back from achieving true horror greatness. That’s reflected in the middle-of-the-road 57% Rotten Tomatoes score, but HBO subscribers have suddenly been discovering the film in their droves.

As per FlixPatrol, Come Play currently ranks one of the platform’s Top 10 hits in seventeen countries, becoming the latest overlooked horror to find a new audience on the small screen.