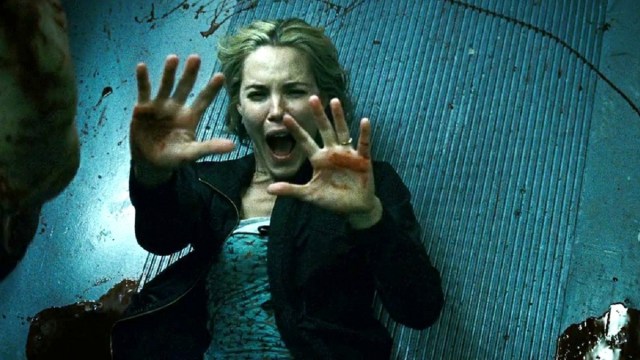 No offense intended to the actor, but the presence of Vinnie Jones playing a major role in a movie is hardly a guarantee of quality. That being said, 2008 horror The Midnight Meat Train is one of the genre’s more neglected hidden gems, and even ranks as the best-reviewed film in the former soccer player’s career that wasn’t directed by Guy Ritchie.

Given that he’s now one of the biggest stars in the business that’s racked up countless box office behemoths and nine Academy Award nominations, watching Bradley Cooper play the damsel in distress in a low-budget slasher is strange when viewed through a 2022 mindset, but that doesn’t mean the haunting subterranean frightener isn’t worth your time.

After all, a box office bomb that earned less than $3.5 million doesn’t exactly scream “must-watch”, but a 72 percent score on Rotten Tomatoes points out that diehard fans of all things bloody and brutal are missing out on a buried treasure. As per FlixPatrol, that’s being remedied as we speak, with The Midnight Meat Train currently ranking as one of the top-viewed features on ad-supported platform Freevee.

Cooper’s jobbing photographer is seeking his big break, which he stumbles upon by way of Jones’ serial killer Mahogany – a destructive force who’s been committing atrocities on the London underground for years. Naturally, our intrepid (or foolish) hero dives deeper and deeper into the mystery, throwing his entire life into immediate turmoil and grave danger.

Pun completely intended, but The Midnight Meat Train does go completely off the rails at the end in what proved to be a hugely divisive twist, but everything up to that point is inarguably entertaining if you’ve got a strong stomach.