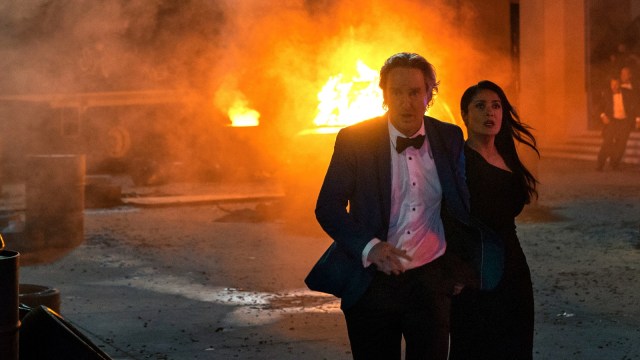 It’s never a good look for movies to be compared unfavorably to The Matrix almost a quarter of a century after the Wachowskis delivered their game-changing sci-fi spectacular, but that was the trap last year’s Bliss ended up falling into.

The combination of existential love story, relationship drama, and ambitious societal parable was dumped onto Prime Video without anyone paying much heed to its arrival, something that seemed strange given the presence of popular stars Owen Wilson and Salma Hayek in the lead roles, not to mention Mike Cahill as writer and director, with the filmmaker having previously been responsible for the similarly profound Another Earth and I Origins.

This time, Wilson headlines as a down-on-his-luck suburbanite that’s recently been divorced and fired, with Hayek’s mysterious enigma living on the streets and utterly convinced that the world they live is a construct designed and overseen by a nefarious force that’s pulling the wool over the lives of every single living being on the planet.

Sure enough, the intrepid duo partner up to investigate the potential conspiracy further, while they also happen to start falling for each other in a turn of events that nobody could have possibly seen coming. Respective Rotten Tomatoes scores of 28 and 44 percent underlined that critics and fans did see it coming after all, but at least Bliss has been making a comeback on streaming.

As per FlixPatrol, the underwhelming exploration of what it means to be alive has resurfaced as a Top 10 hit on Prime Video in a dozen countries worldwide, with the maudlin misadventure finally connecting with the masses.